Alphacool is waiting and ready for NVIDIA's new Ampere-based GeForce RTX 30 series graphics cards, as the company has a new cooler made specifically for the new cards ready to go. 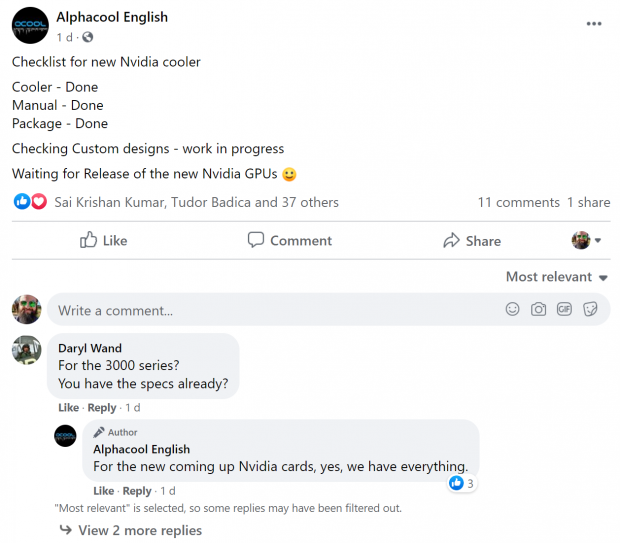 The official Alphacool Facebook page said it had a checklist for the new "NVIDIA cooler", where it said the cooler, manual, and package for the new cooler were 'done'. Alphacool adds that 'checking custom designs' and that it's a 'work on progress'.