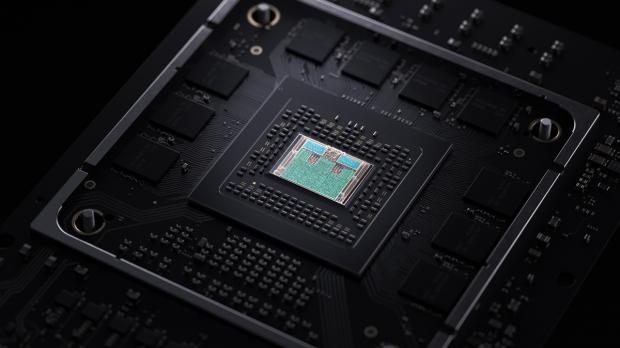 The Xbox Series S will have a Navi GPU with 20 Compute Units and a 1.550GHz clock speed, The Verge's Tom Warren reports. This is a 61% reducing in CUs and will translate to lower perf targets, aligning with past reports that the Series S is targeting 1440p 60FPS gaming. There's also a 275MHz difference between the Series X (1.825GHz) and Series S (1.550GHz) GPUs.

The news comes in response to our Series X vs Series S table, and up until now, we haven't really had much info on the weaker system's compute unit count. Reports have only mentioned the GPU TFLOP perf target, which is about 4TFLOPs, or 66% weaker than the Xbox Series X's monstrous 12TFLOP of power. 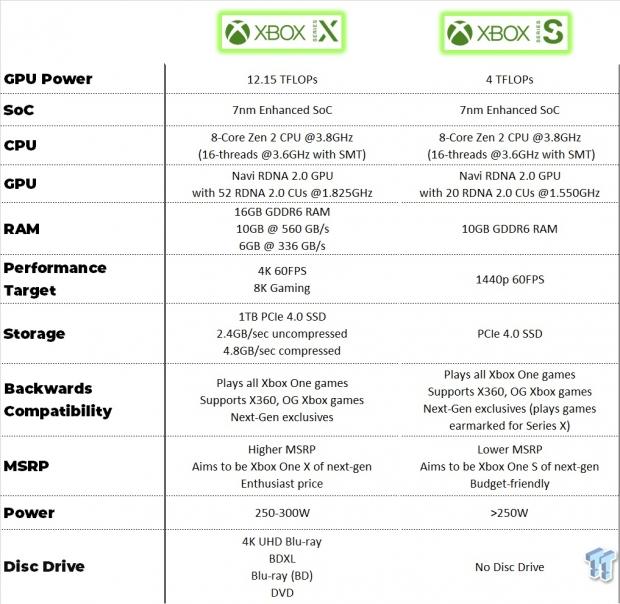 Although the Series S will apparently be on the same 7nm+ SoC process, this reduction in GPU power, along with a dialing-back of other specs, will translate to a lower production cost.

Microsoft says the Xbox Series X's SoC is very expensive to make thanks to lower yields, high 15.4 billion transistor density, and the complexity involved with chip production. Microsoft also hints the Series X may be 2x more expensive to produce than the Xbox One X's 16nm FinFet chip.

The Series S aims to be the Xbox One S of the next-generation, so this price-to-performance ratio makes sense.

It's not entry-level like the One S with its 1.23 TFLOP GPU and outdated Jaguar-based SoC, but it's not high-end like the Series X or the Xbox One X. Reports say the Series S will be a digital-only system with 10GB of GDDR6 RAM, but will retain the same 8-core Zen 2 CPU, high-speed PCIe 4.0 SSD, and play all games the Xbox Series X can--including Xbox, Xbox 360, Xbox One, and new next-gen Xbox Series exclusive titles like Fable and the new Forza.

With these lower specs, the Series S is expected to cost at least $100 cheaper than the Series X, possibly more.

There's no verdict whether or not the Series S will support 120Hz or variable refresh rate displays, or if it can perform Microsoft's new hardware-accelerated ray tracing in games.

No official information has been revealed by Microsoft, so keep that in mind. All of this is just reported info from secondhand (although reputable) sources.

The Xbox Series X is due out sometime in November 2020. The Series S has yet to be revealed. Pricing for either system is also unconfirmed at this point.