What if Halo: Infinite was released in 1996 on the N64? YouTube Hopolee answers the question with a glorious new gameplay demo that channels the early age of 3D polygons. The Halo: Infinite demake recreates the initial Halo: Infinite trailer, complete with a Star Fox dropship and ties to Mario 64.

The gameplay is surprisingly well-made. Chief shoots some grunts with an old-school AR, and the warthog is totally drivable. Turns out Master Chief is playing the Craig's Crash Site map--a nod to the infamous Craig brute meme--and flies out of a painting of the glorious brute, Mario 64 style.

All in all the video makes light of the Halo: Infinite graphical downgrade jokes in the best way possible. We can only imagine what Halo would've been like if it released just a few years earlier on a platform like this. 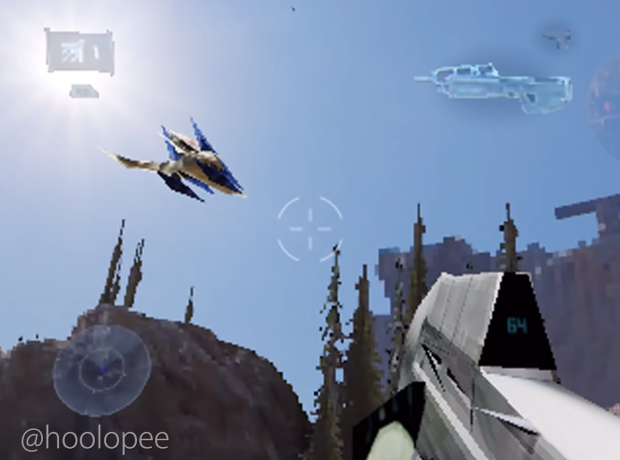 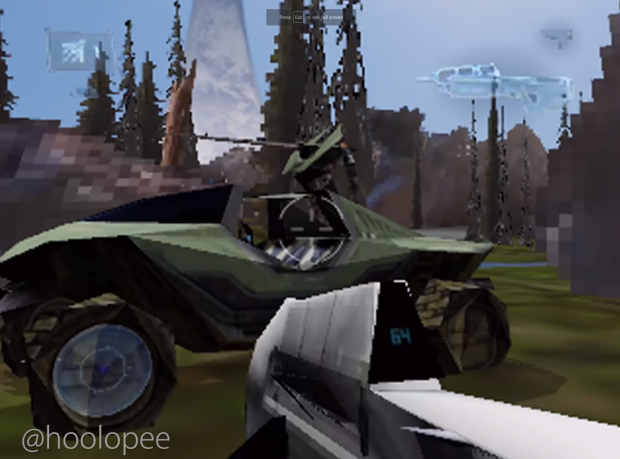