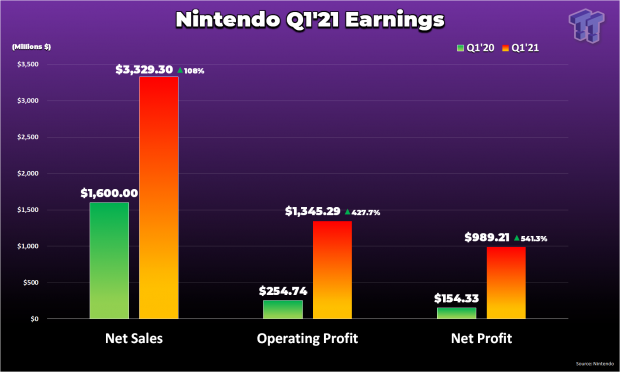 Nintendo just reported historic results for Q1'21 with triple-digit increases in net sales, operating profit, and net profits. Nintendo made $989.21 million in total profits (+541%) on $3.32 billion of sales revenues (+108%). These astronomical earnings were driven by strong jumps in both hardware and software sales.

Nintendo sold a record 5.67 million Switch consoles in Q1, up 166% year-over-year and more than double than any other Q1 period since the system's launch. These figures also beat every Q2 period and stack up closely against Nintendo's mighty holiday Q3 numbers. Switch hardware generated 47% of total Q1 net sales, or $1.51 billion. 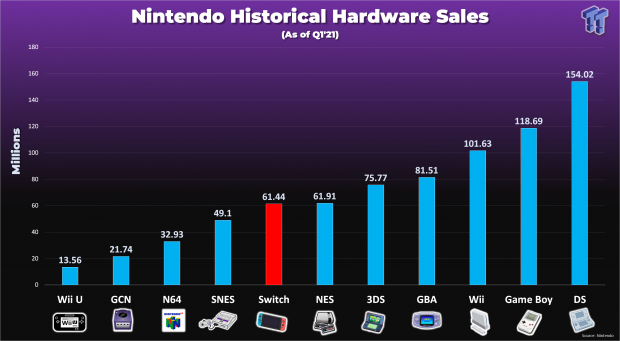 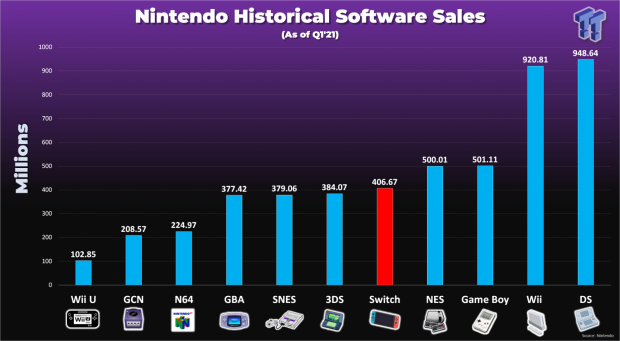 Animal Crossing: New Horizons was the biggest game of Q1, and managed to sell 10.63 million copies in a single quarter (this beats lifetime sales of every Resident Evil game, and comes close to beating Final Fantasy 7's original 11 million numbers). Animal Crossing made up more than 20% of total software sales during the period. Total New Horizons sales now sit at 22.44 million with a 36% hardware-to-software ratio attach rate.

Software made up 52.7% of total dedicated games segment earnings, or $1.68 billion.

Nintendo confirms that 55.6% of all games sold during the period were digital, or 28.47 million copies. This includes add-on content as well as Nintendo Switch Online subscriptions too.

The company hasn't adjusted any of its figures. Nintendo's guidance calls for reductions in net sales, operating profit, and net profits from the year ago's numbers.

Nintendo still expects to sell 19 million Switch consoles in FY2021, which would put the system at 74.77 million at the end of March 2021. The Switch is expected to dethrone the 3DS' mighty 75 million sales next year, and it's already beaten the 3DS' lifetime software sales. 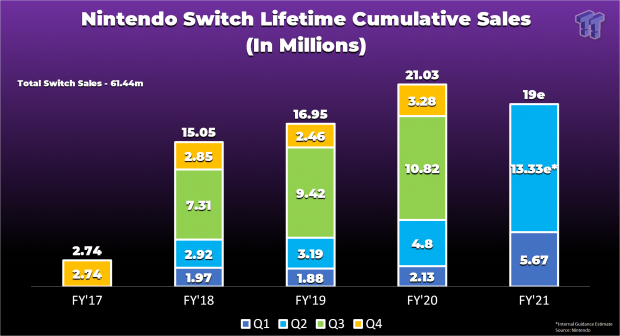