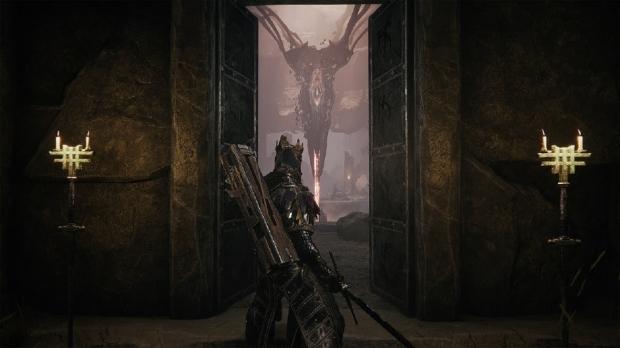 The latest Mortal Shell trailer gives an eerie look at the game's decidedly haunted atmosphere, touching upon the Souls-like combat and emphasis on dark medieval fantasy visuals. The footage also showcased Solomon, the new fourth Shell that can be possessed (classes are "shells" in the game), and a bunch of visceral combat against hulking bosses.

The best part of the trailer was the new Ballistazooka, an old-school death-dealing shoulder cannon that dishes out extreme destruction.

Here's how a recent press release described the new gun: "Capable of launching heavy iron bolts at devastating speed, the Ballistazooka is powerful enough to impale enemies and pin them onto nearby structures."

Cold Symmetry and PlayStack are ecstatic about the game's release:

"Our commitment to our fans is to create a soulslike game that is authentic, uncompromising and unrelenting. We were humbled by the popularity of the beta and we closely studied the feedback we received to create something that we are incredibly proud of."

"Mortal Shell is already achieving the kind of pre-release metrics that would turn heads at any publisher, be it indie or triple-A. I am delighted that Playstack has delivered a publishing and marketing campaign that ensures the game gains the exposure and response it truly deserves. More than anything I can't wait for fans around the world to finally play it from August 18th."

Brushfire: Illuminations from the Inferno