Humans haven't fully discovered all of the sea creatures that live in the depths of our oceans, and a testament to that statement is what has just washed up on a beach in the United Kingdom. 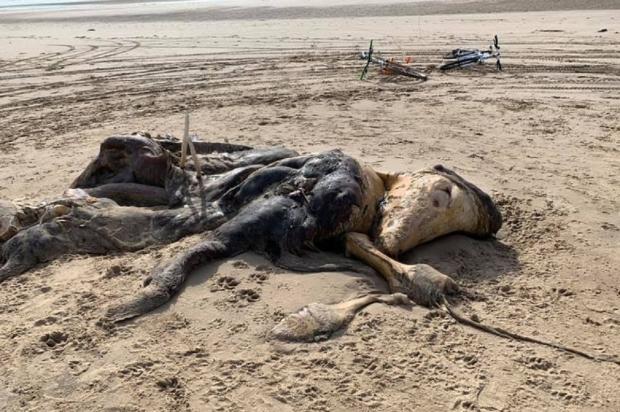 The creatures that live in the depths below come in all different kinds of shapes and sizes, and a large portion of them have been categorized and studied. But what about what has just washed up on a beach in the United Kingdom? Well, perhaps this species hasn't, because scientists don't seem to know what it is specifically, but there are some theories floating around (excuse the pun).

The animal was extremely decomposed when scientists were observing it, and due to its very rough appearance, scientists weren't able to immediately identify what it is. Initial thoughts believed it to be a cow, horse, or even "sea monster", but after further inspection, it's now believed to be some kind of whale. The animal measured in a 15ft feet long had four flippers and is also furry. It washed up on Ainsdale beach. For more information, check out this link here. 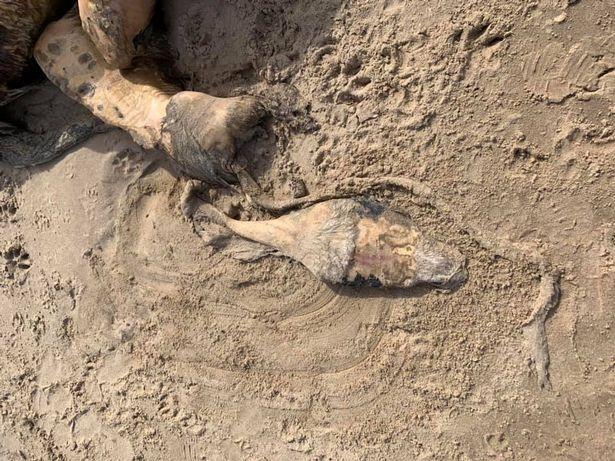 Stephen Ayliffe, Senior Advisor at Natural England spoke to Echo and said, "We can confirm that an animal in a poorly decomposed state has washed up on Ainsdale beach and whilst the identification of the animal is unconfirmed it appears to be a species of whale. We are working with an animal removal company to have the animal's remains removed from the beach as soon as possible." 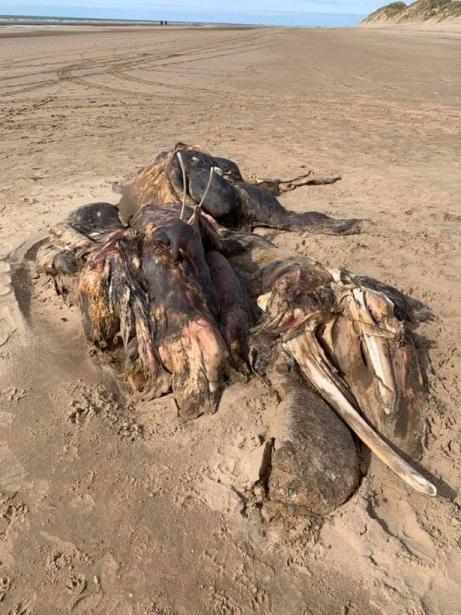 The World Beneath: The Life and Times of Unknown Sea Creatures