If you follow Elon Musk on Twitter you will know that he hip fires tweets all day long, so if you did follow him you'll notice he has been tweeting out artists and songs including Nirvana and their infamous 'Smells Like Teen Spirit', something that as a follow of Musk on Twitter, made me listen to (all week, thanks Elon).

But then it was this tweet that kick started a conspiracy:

Musk tweeted out: "Billy G is not my lover" which I'm sure he was referencing the song "Billie Jean" by Michael Jackson, but people thought it was Bill Gates. Yeah, Elon Musk and Bill Gates -- but how did it turn into some sort of conspiracy theory?

Well, back on July 4 we had Elon Musk making some statements to a reply to a link of a New York Times article -- not the one that confirmed the Pentagon admitting it had "off-world vehicles not made on this Earth" which it later ninja-retracted -- but rather one on the COVID-19 vaccines.

This prompted Microsoft co-founder and Bill and Melinda Gates Foundation co-founder Bill Gates to talk about, where Gates made some comments during an interview with CBNC.

Gates told CNBC: "Elon's positioning is to maintain a high level of outrageous comments. He's not much involved in vaccines. He makes a great electric car. And his rockets work well. So he's allowed to say these things. I hope that he doesn't confuse areas he's not involved in too much".

Which all led to this tweet from Musk... having to come out and tweet that no, he is not romantically involved with Bill Gates. 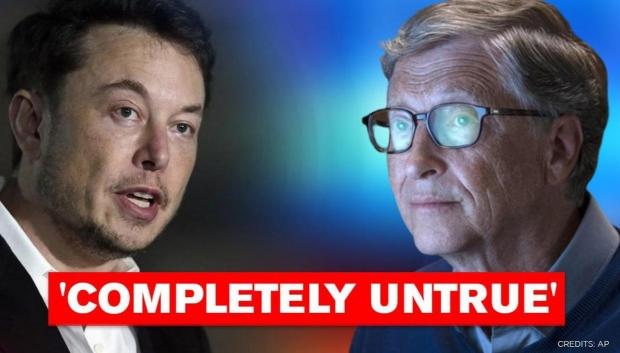