On the heels of major AAA game delays and heated misconduct controversies, Ubisoft is bouncing back by generating consistent strong revenues in Q1'21. 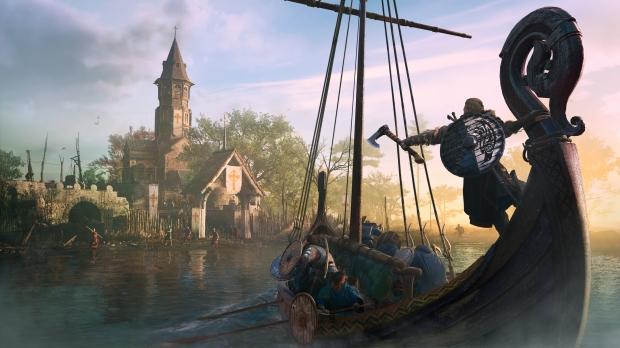 Ubisoft recently announced its Fiscal Year Q1'21 results for the period ending June 30, 2020, and the results are pretty stellar. The company exceeded its internal sales forecast by nearly $67 million.

The publisher comes swinging out of the gate where it counts most: Digital earnings. Digital Net Bookings generated €355.4 million ($317.32 million), up 21.5% YoY and comprising a massive 86.7% of Ubisoft's total sales revenues for the quarter.

Ubisoft's games are still monetizing exceedingly well despite being years old. The publisher is still adept at cashing in on the engagement it generates from its stable of live service titles. The Assassin's Creed franchise saw a massive 60% spike in bookings revenues, and Rainbow Six Siege, Ubisoft's biggest live service breadwinner, also saw a sharp 30% uptick in engagement.

PRI, or Player Recurring Investment, which includes microtransactions and in-game purchases, made €198.5 million ($177.23 million) and comprised more than half (55%) of total digital earnings.

Microtransaction, subscription, and in-gamen purchase revenues also made nearly half of all net bookings, or 48.4%.

Ubisoft's existing games made up 97% of the quarter's booking revenues. Back-catalog net bookings pulled in 398.2 million in Q1'21, up a mighty 46% year-over-year and beating 2019's figures by double-digital percentage points (11%).

"Our business is excellent. We achieved a record first quarter and significantly exceeded our revenue expectations, with historically high levels of engagement. This performance was driven by the depth of our catalog and the quality of our Live services, which were aided by industry momentum and strong execution from our teams," said Ubisoft Chief Financial Officer Frederick Duguet.

Ubisoft expects Q2'21 to be rather slow, and as a result overall sales are forecast to drop 30% quarter-over-quarter €290 million. This value also represents a 16% drop from Q1'20 which benefited from the release of Ghost Recon Breakpoint.

The company is standing by its record €2.65 billion net bookings prediction as it readies its biggest AAA salvo ever, which includes Far Cry 6, Watch Dogs Legion, and Assassin's Creed Valhalla all releasing across two back-to-backq quarters (Q3-Q4).