With so many Americans struggling due to the coronavirus outbreak, lawmakers are currently in the midst of rolling out a new coronavirus relief package. But will it be a single package or a multiple? 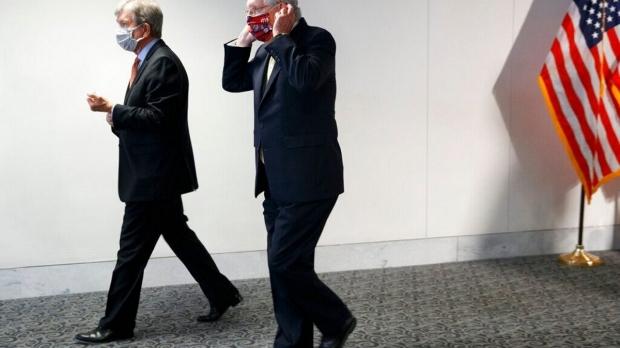 According to Senate Majority Leader Mitch McConnell, a "handful" of coronavirus relief packages were being prepared to be rolled out this Wednesday instead of a single package. According to top lawmakers close to the negotiations, Republicans revolted and split from the White House due to priority issues with the bill. Sen. Roy Blunt, R-Mo., told reporters spoke to reporters at the Capitol and said, "I think what the leader has decided he wants to do is to have a handful of bills now instead of just one bill, so maybe that comes together."

President Trump is currently pushing for a payroll tax cut, which is causing tension between Republicans and the White House, thus holding up the legislation being passed. On top of that, key Senate Republicans are rejecting the rescue's $1 trillion price tag, which is most likely going to grow even further as negotiations continue. McConnell is pushing for what he calls a "starting point" in negotiations with Democratic leaders.

If you are interested in reading any more on this subject, check out this link here.