Bloober Team says the Xbox Series X's raw CPU and GPU power lets them get "a little crazy" while developing The Medium. 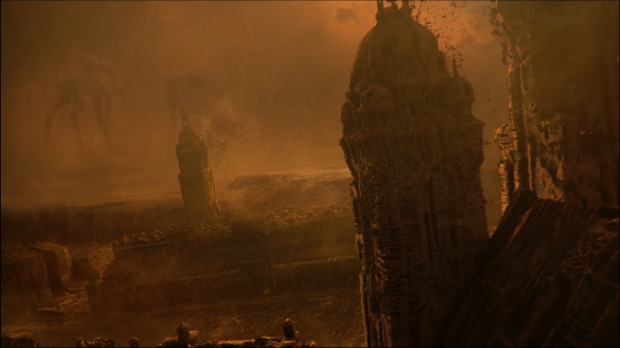 The Medium, the new Beksinski-esque horror game from Layers of Fear dev Bloober Team, was built from the ground up to utilize the Xbox Series X's high-end power. The Medium will be a next-gen spectacle that pushes new features like ray traced visuals and audio, ultra-fast loading times for completely seamless transitions, high-end resolutions, tight frame rates, and new atmospheric effects that redefine the genre.

The Xbox Series X's revolutionary PCIe 4.0 SSD will dramatically boost every game played on the system, but cinematic games will benefit even more thanks to interruption-free gaming.

"The SSD and how it allows for no noticeable loading times is certainly a big deal for us. Thanks to it, you can create a more cinematic and atmospheric experience, and keep the player immersed in the game - with no immersion-breaking loading screens," Bloober Team producer Jacek Zieba told the Xbox Wire.

Zieba also says the Xbox Series X's monstrous 12TFLOP GPU gives them a lot of horsepower to play with. We'll see The Medium flex the system's graphics processing in new and creative ways, and the 3.8GHz Zen 2 CPU will serve as the neural cortex that manages the ultra-fast Velocity Architecture data management.

"Also, the sheer power of the CPU and GPU lets you go a bit crazy with your gameplay ideas, and we believe the new hardware will quickly change how games are being designed."

"Thanks to the power of Xbox Series X, we can develop the game the way we have always envisioned it. I'm not talking only about graphics, although certainly it helps create an immersive and disturbing atmosphere, but also about gameplay."

These are great assurances and I'm glad to see devs finally hyping up next-gen consoles, but I'd also like to see proof-of-concept content, footage, and images. We've seen The Medium's launch trailer and it did look damn good, but we need more. I'd like to see in-depth showcases on specific effects, frame rate tests, and of course, load screen elimination via SSD speeds. Hopefully that'll come in the future.

The Medium will be a launch game on the Xbox Series X when the console releases Holiday 2020.