Xiaomi is about to be another player in the very exclusive OLED TV market, with the Chinese electronics giant set to unveil a new "ultra-high-end OLED TV", imminently. 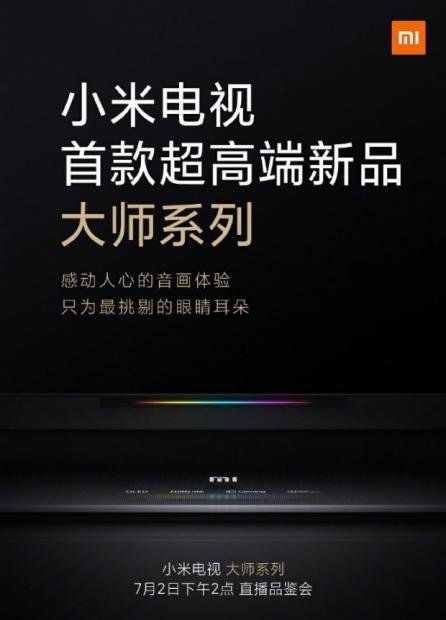 The new Xiaomi flagship OLED TV would arrive as the new Master Series, offering up a huge 65-inch OLED panel at a super-fast 120Hz refresh rate. This makes it perfect for using a huge TV in your living room for your gaming PC, and even more perfect for next-gen consoles in the Xbox Series X and PlayStation 5.

Xiaomi will reportedly be offering Dolby Certification for both Dolby Vision and Dolby Atmos, while the 65-inch OLED TV will have HDMI 2.1 support, and ALLM (Automatic Low Latency Mode).

It seems as though Xiaomi will be giving it some slick looks with an RGB bar at the bottom of the TV, which looks rather nice in the teaser images. As for pricing and where it'll be sold, Xiaomi hasn't detailed that just yet given this is early.

We should expect those details soon, and I'll write them up once they hit.

I wonder how well it would be received in the US and other Western markets, given that the word "master" is being memory holed right now.