Contrary to popular belief, Crash Bandicoot 4: It's About Time won't have piecemeal in-game purchases. "We're seeing confusion about MTX in Crash Bandicoot 4 and want to be crystal clear: There are no microtransactions in Crash 4. As a bonus, the Totally Tubular skins are included in all digital versions of the game," the game's developer Toys for Bob said on Twitter.

So if Crash 4 doesn't have mTX, it'll have MTX (macrotransactions), which pretty much confirms we'll get some sort of premium post-launch DLC. 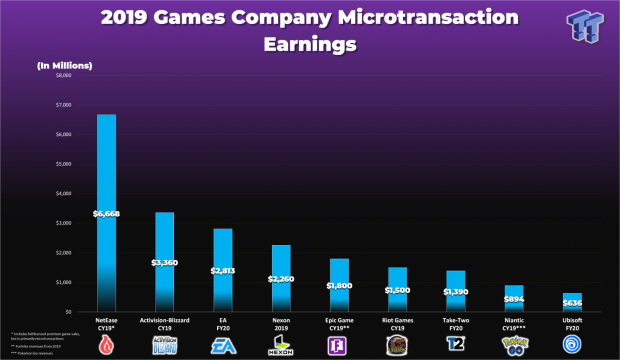 This is an easy mix-up that anyone could make.

Activision makes billions every year from monetization and was the #2 top-earning games company in 2019 in mTX revenues with $3.36 billion.

Activision loves monetization and has infused some of its singleplayer-driven games with mTX in an effort to tap that market as well. But on the whole, it sticks to adding mTX into live games in order to properly monetize engagement. The company isn't alone, though: Everyone is chasing this kind of business model. Analyst firm Newzoo predicts microtransactions will generate $117 billion in 2020 alone.