Cyberpunk 2077 is going to have a myriad of play styles, but one of the most imporitant thing will be for those who want to play CD PROJEKT RED's epic RPG like a chaotic GTA-style game. You'll have that option according to Cyberpunk 2077 level designer Max Pears, who in a recent interview with PCGamesN said: "If you want to go out on a rampage and have no remorse, then you have got the option, and that's fine with us".

But... you probably won't want to do that, with Pears adding: "However, once you start to play the missions and see the amount of options you have. I think that will make players stop and think a little bit before doing something reckless. We've seen a lot of people default to that 'GTA mode' and then after a little bit they realise how many things are different and adjust how they play". 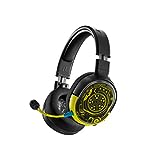