HP makes a whole bunch of different notebooks aimed at all sorts of users, from budget shoppers to high-end gamers. One of the more interesting machines for general computer users is the HP Spectre x360 multi-touch two-in-one laptop. Like all 2-in-1 machines, this one can be used in multiple modes, including tent, tablet, and laptop mode. Typically the device sells for $1,499, but it's on sale right now for $500 off. 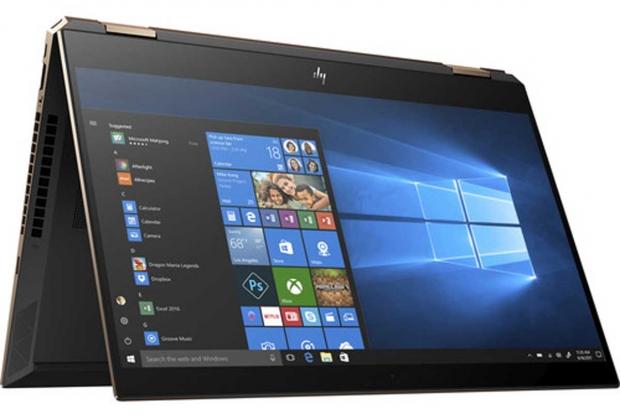 The caveat for some users is that the machine is refurbished. If you can stand a refurbished computer, you will get the Spectre x360 for $999. For the price, buyers get a notebook with a 1.8 GHz Intel Core i7-8565U quad-core processor. It's fitted with 16GB of RAM, 32GB of Intel Optane, and a 512GB SSD.

Graphics are handled by an NVIDIA GeForce MX150 GPU. The screen is a 15.6-inch touch-capable unit with a native resolution of 3840 x 2160. The display also supports the accessory HP Pen for drawing directly on the screen. Other features of the notebook include Bang & Olufsen stereo audio system for quality sound with music and movie playback.

The laptop also features a Thunderbolt 3 port along with USB 3.1 Gen 2 Type-A and Type-C ports. An HDMI output along with the Thunderbolt and USB ports means to three monitors can be connected to the notebook. An integrated webcam with full HD resolution supports Windows Hello facial recognition. Wi-Fi and Bluetooth 5.0 are also integrated, and power comes from a six-cell 84 WHr battery good for up to 17.5 hours per charge. The operating system is Windows 10 Home. A version of this laptop with a 4K screen was introduced in January.