NASA's James Webb Space Telescope is now going to experience yet another delay, according to NASA's associate administrator for science. 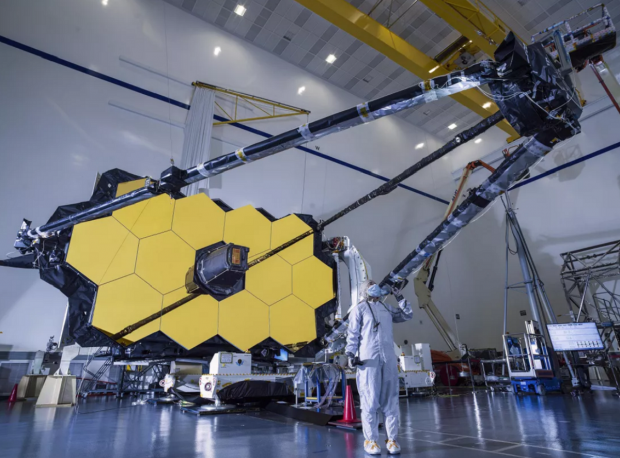 Here's what Zurbuchen said in a meeting of the National Academies of Sciences, Engineering and Medicine's Space Studies Board, "We will not launch in March [2021], that is not in the cards right now... It's not anyone's fault or mismanagement." The reason why the new space telescope has to be delayed is because of the coronavirus outbreak. Due to the shutdowns, all shifts that were working on the telescope that would usually be fully staffed weren't. The shutdowns essentially lost the engineers a lot of time, and as a result, have knocked the release timeline for the telescope off course.