Two studies have explored the efficacy of shutdown measures in the US, and how many coronavirus infections were prevented. 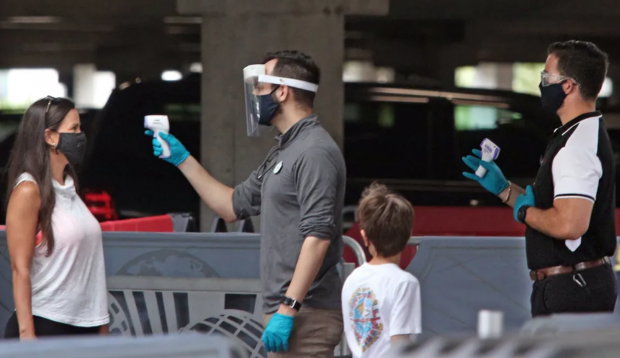 The shutdown of the United States has undoubtedly cost the country extreme amounts of money, but what are the positives of the shutdown? And how many coronavirus infections were prevented? According to a study that was recently published in Nature, researchers have estimated that around 60 million singular infections of coronavirus were prevented due to the widespread shutdown orders. Here's how the researchers arrived at the figure.

The study looked at the efficacy of interventions in these six countries: China, South Korea, Italy, Iran, France, and the United States. The researchers took into account the rate of which the virus was spreading, the epidemiological data in many different areas, and the preventative measures that were put in place to halter the spread of the virus. With all of this data, they found that the number of infections was doubling roughly every couple of days. With this now gathered data on the rate of spread, the researchers applied it to economic models to predict the effects of how shutdown orders would affect the rate of spread.

Solomon Hsiang, lead study author and director of the Global Policy Laboratory at the University of California at Berkeley, said, "Without these policies employed, we would have lived through a very different April and May."

Another study that was published in Nature this past Monday explored the same effects of shutdown orders but in Europe. The study conducted by a team at Imperial College London looked at 11 countries in Europe and found that the shutdown orders are estimated at saving around 3.1 million lives, while also dropping infection rates by an average of 82%.

"Our results show that major non-pharmaceutical interventions and lockdown in particular have had a large effect on reducing transmission. Continued intervention should be considered to keep transmission of SARS-CoV-2 under control."