Since the start of the coronavirus outbreak, scientists, researchers, and the general population have been trying to answer three main questions: where did the coronavirus come from? Who was the first person to get the virus? And how did it happen?

A new study aimed at answering some of those questions may have just shed some light on the origin of the coronavirus, and how it affected the province of Wuhan, China. Researchers from Boston Children's Hospital have released a study with an extremely interesting angle, the researchers used commercial satellites to observe the parking lots of several hospitals scattered across Wuhan. What they found was as early as three months before China announced an outbreak, hospital parking lots were filled up, indicating that people were seeking some form of medical attention.

The researchers compared the satellite images to the same time in the previous year and found that there was a significant increase in overall attendance at the hospital. For example, Tianyou Hospital showed 285 parked vehicles for October 2019, in October 2018, there was 171, which is an increase of 67%. The researchers also pointed out that at other Wuhan hospital, there was an increase in traffic as high as 90%. On top of looking at hospital parking lots, the researchers also observed Baidu search queries, which is the Chinese equivalent of Google.

All the evidence provided in the study doesn't necessarily prove that SARS-CoV-2 was the perpetrator in the uptick in search queries or hospital visits, but according to Dr. John Brownstein, epidemiologist, "This is all about trying to piece together a complicated puzzle of what was taking place at the time".

"The data is actually especially compelling because we saw increases in people searching for gastrointestinal disease - diarrhea - which were increasing at a level that we hadn't seen at all, historically, and we now know now that gastrointestinal symptoms are a really important marker for COVID. A huge percentage of people that actually end up testing positive in Wuhan actually had presented symptoms of diarrhea."

"While we cannot confirm if the increased volume was directly related to the new virus, our evidence supports other recent work showing that emergence happened before identification at the Huanan Seafood market." 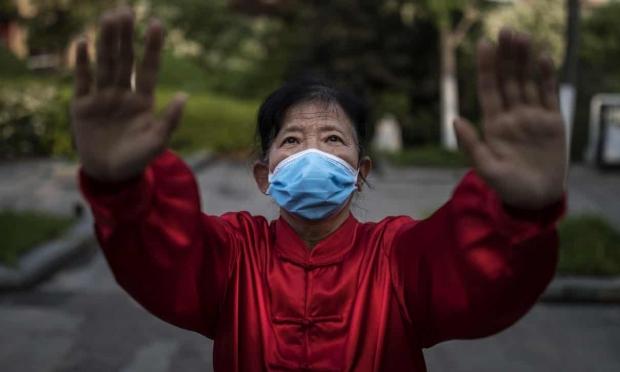