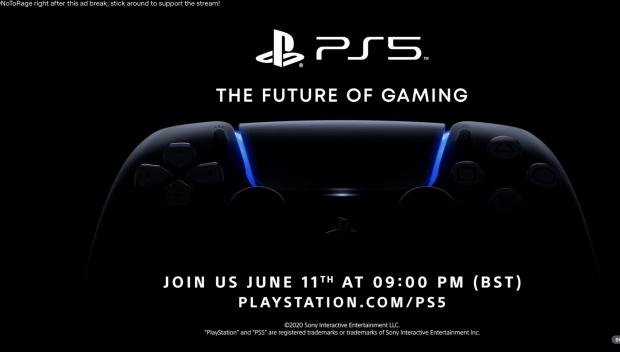 A recent Twitch ad has outed the new timing for the PS5 reveal event for June 11. The stream was originally delayed so Sony could "stand back and let more important voices be heard."

We won't see Sony reveal the actual PlayStation 5 at the event. The company was careful to say this will center around next-gen exclusive PS5 launch games, not the actual console. The PS5's main housing is expected to be revealed months later.