A new study has been published that claims that SARS-CoV-2 didn't evolve naturally, and parts of it appear to be artificially inserted. The new study by Norwegian scientist Birger Sorensen, which has been published in the Quarterly Review of Biophysics, claims that certain sequences of the coronavirus spike protein, which is the part of the virus that mainly latches onto new host cells ACE2 receptors, appear to be artificially inserted. The study also goes onto talk about the lack of mutations scientists have observed since the outbreak begun, saying that the lack of mutations represents the viruses already adept ability to co-exist with humans.

Speaking to NRK, Sorensen also said that the properties of SARS-CoV-2, the pathogen that causes the COVID-19 infection, are quite different from SARS. Sorensen also said that these properties have never been detected in nature before. This study has been backed by former MI6 chief, Sir Richard Dearlove, who said that the virus could have started as an accident in a laboratory. Recently, China has shifted the coronavirus origin story away from them by denying that the virus originated in a lab, and now recently stating that it didn't come from a wet market either.

At the moment no one knows where SARS-CoV-2 came from, but with China making some questionable moves in the origin story an independent investigation could crack open a potential cover up. 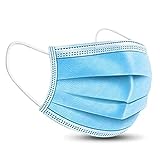