But then, the comments... the comments on the YouTube video are really torn. Check them out: 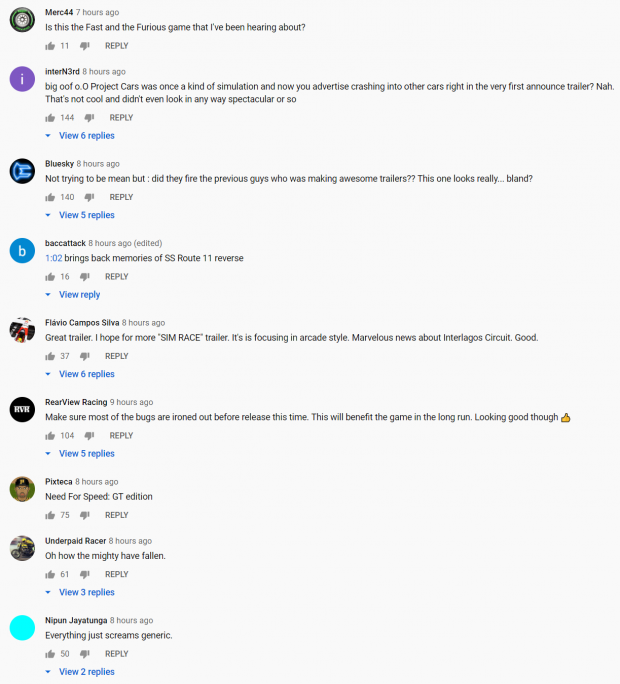 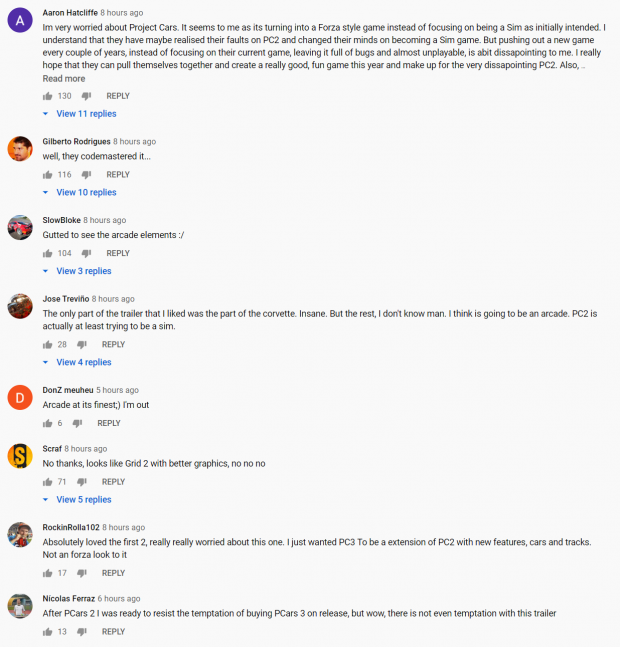 If we rewind back to January 2019, when SMS boss Ian Bell said: "I'll let you know that Project CARS 3 will be more 'focused'... More 'fun'... We went to insane lengths with variation in pCARS2 and with that comes infinite balancing issues. We've learned a lesson here and although we have no intention of reducing content, we know what we need to fix, where we made design decisions that were, let's call it, 'sub-optimal'... Project CARS 3 will be more of a spiritual successor to Shift, but with all of the sim goodness everyone appreciates... The key focus though is on fun and not biting off more than we can properly chew and digest".

It seems like the studio has shifted far more towards "fun" with Project CARS 3, and that might not be a good thing for the franchise. Project CARS has always been loved by gamers and race sims for being a... race simulator. Not a jump-in-quick driving game that is "fun".

Fans seem to be divided on YouTube at least, but I think we'll see how the game pans out closer to its release later this year.