It was only a few days ago that SpaceX broke the space industry into a new era, and if you are yet to see the footage, you can find the historic moment below.

Luckily, Crew Dragon arrived safely aboard the International Space Station (ISS), and upon there arrival, the astronauts already aboard the ISS were impressed with the technology that got the Dragon there. Chris Cassidy, the current commander of the ISS even commented on the vehicle, saying "Then when we got that hatch open, you could tell it was a brand new vehicle, with smiley faces on the other side, smiley face on mine, just as if you had bought a new car, the same kind of reaction."

"Shuttle had solid rocket boosters, those burned very rough for the first two-and-a-half minutes. The first stage with Falcon 9 was a much smoother ride. So the first stage engines shut off, and then it took some time between the booster separating and then the Merlin vacuum engine starting. At that point, we go from roughly three Gs to zero Gs for, I don't know, a half a second probably, and then when that Merlin vacuum engine fires, then we start accelerating again."

Continued: "It got a little rougher with the Merlin vacuum engine, and it'll be interesting to talk to the SpaceX folks to find out why it was a little bit rougher ride on second stage than it was for shuttle on those three main engines." 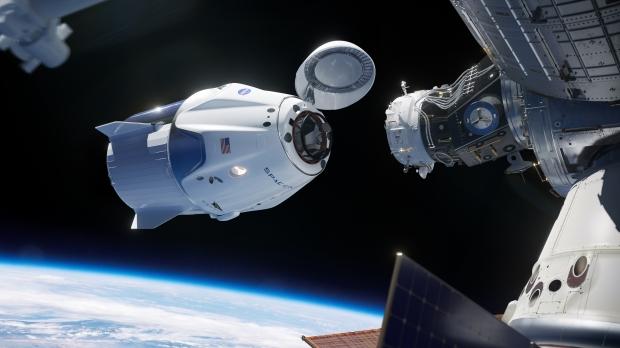