A study out of Canada has backed up the proposition that a loss of smell and taste can be attributed to having contracted COVID-19. According to the study that was published in the Canadian Medical Association Journal, researchers looked at 134 positive cases of COVID-19 from the Eastern Townships in Quebec between March 10 and March 23. What they found was that more than half (63%) of the patients reported anosmia and dysgeusia (loss of sense of smell and taste) symptoms. The symptoms ranged from a complete loss of sense of smell or taste to varying changes in both taste and smell.

The authors state that "these symptoms should be considered as common and distinctive features of SARS-CoV-2 infection and should serve as an indication for testing and possible retesting of people whose first test result is negative". These findings back up several other studies we have seen that have claimed that anosmia and dysgeusia are distinctive COVID-19 related symptoms, even the CDC has added these symptoms to its list on its website.

Dr. Alex Carignan, Medical Microbiologist and Infectious Diseases consultant at CIUSSS, said, "We found that anosmia and dysgeusia were the most distinctive symptoms associated with SARS-CoV-2 infection and that these symptoms could be severe, as shown by the complete loss of perception of odours such as coffee and garbage." If you are interested in reading more about this study, you can check it out here. 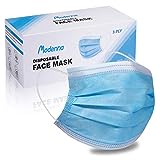