Chinese researchers are claiming that a newly developed drug can cure the coronavirus COVID-19 without the need of a vaccine. The claims are coming out of a Peking University, a major research university located in Beijing, China. According to the director of the university, Sunney Xie, who spoke to AFP, the drug has currently only been tested on mice but has shown extremely promising results. Xie says that the drug reduce the viral load (the amount of the virus found in a body) "by a factor of 2,500", which is an astronomical amount.

So how did this happen? The drug uses "neutralizing antibodies", and if you are familiar with antibodies than you will know that the researchers sourced these antibodies from blood samples of patients who have successfully recovered from the virus. What the researchers are doing is isolating those antibodies that have already fought the disease off once, and then injecting them into the bloodstream of a new host. This process gives the new hosts body a figurative blueprint on how to fight off the live virus if it comes into contact with it. Xie's team is currently preparing for human trials. 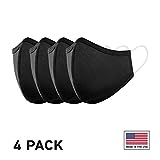