President Donald Trump has revealed in a press conference this past Monday what coronavirus preventative drug he has been taking for a week. 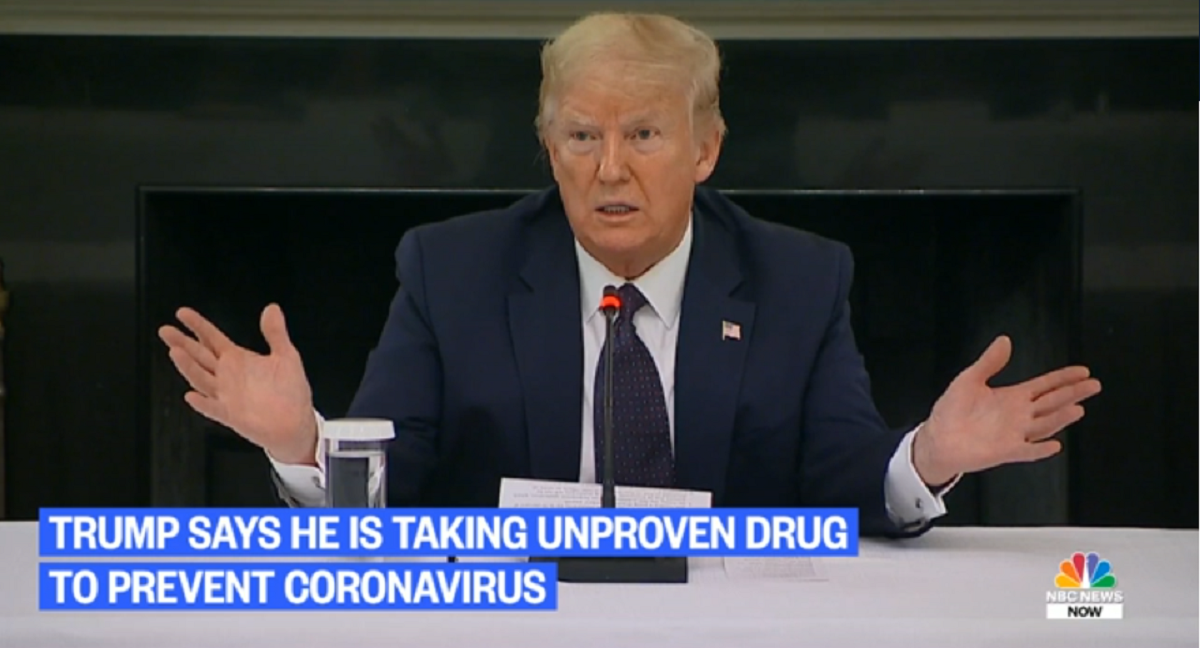 Trump did mention that he hasn't been exposed to the virus, and that he isn't using this drug as a means of treating the virus, but instead, as a way of preventing it. Trump also claimed that many doctors, nurses, and front line workers are also taking the drug to prevent COVID-19 infection. A reporter asked Trump if he was prescribed the drug by the White House doctor Sean P. Conley, "After numerous discussions he and I had for and against the use of hydroxychloroquine, we concluded the potential benefit from treatment outweighed the relative risks" said Conley.