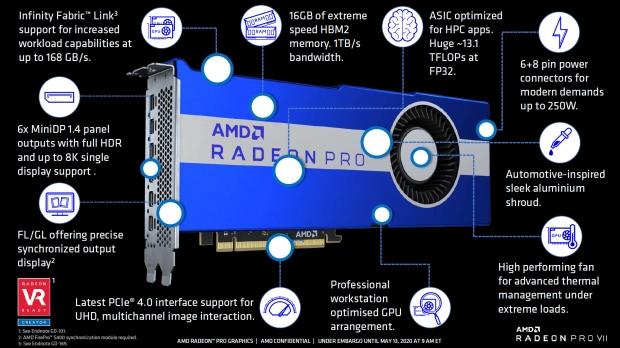 What is new here with the Radeon Pro VII is that AMD has shifted over to the PCIe 4.0 standard, versus the consumer-focused Radeon VII on PCIe 3.0. The same GPU clocks are here, with peak GPU clocks of up to 1750MHz -- while AMD delivers a new multi-GPU bridge for the Radeon Pro VII which the company calls Infinity Fabric Link with up to 168GB/sec of bandwidth. 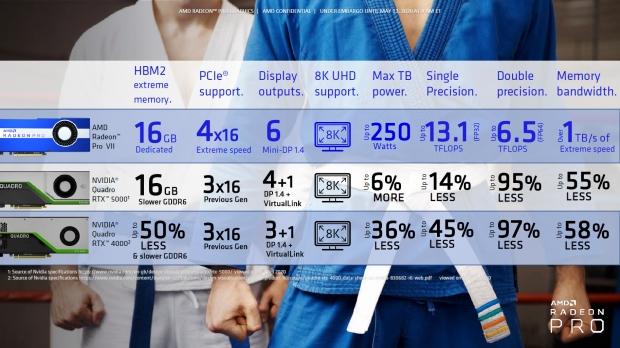 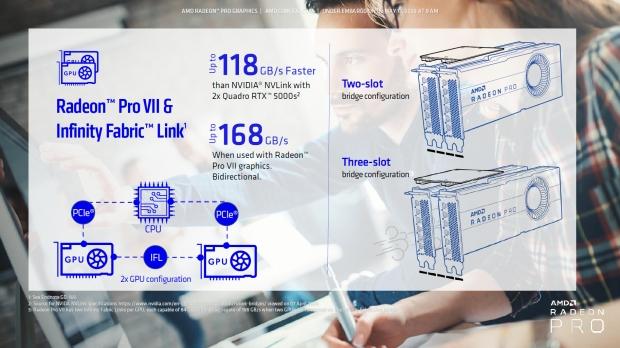 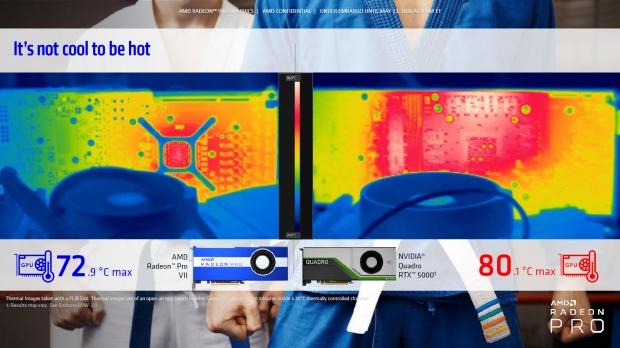 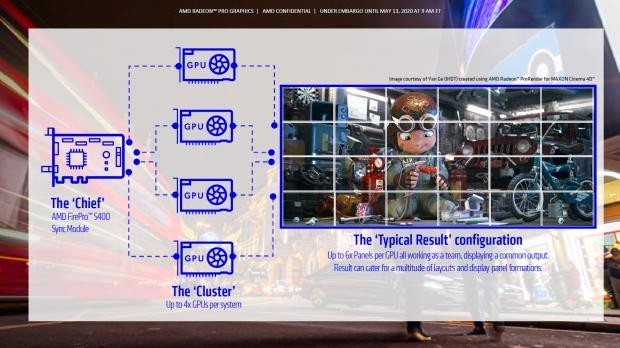 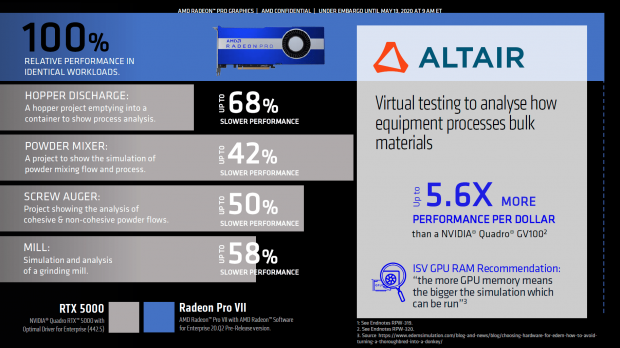 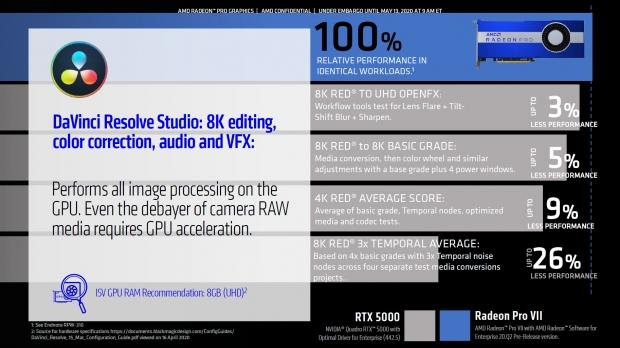 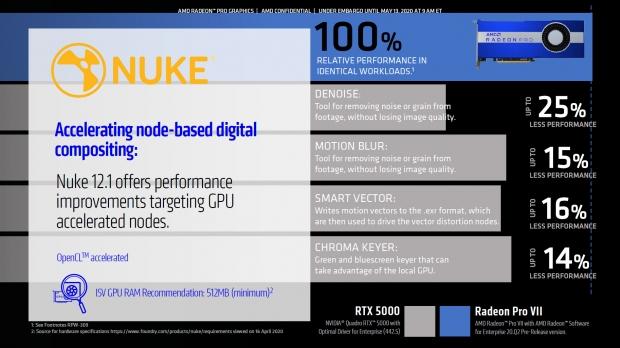 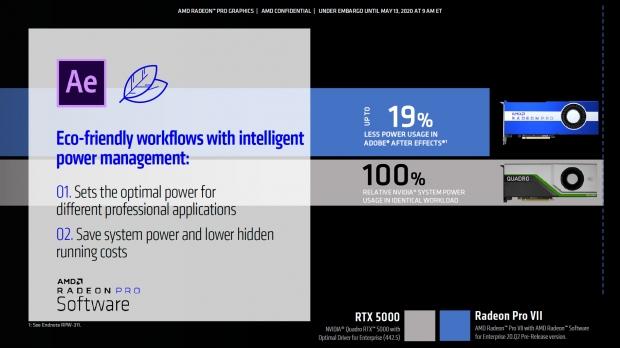 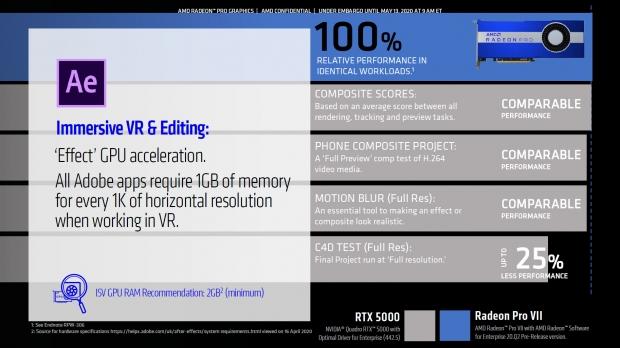