The World Health Organization has just announced something no one wants to hear, especially in a time as bad as this one. At the moment there are currently no known treatments that can completely stop or kill the coronavirus, or at least that was the official scope of the message from health authoritories. Now, the WHO has confirmed that news, "We do have some treatments that seem to be in very early studies limiting the severity or the length of the illness, but we do not have anything that can kill or stop the virus," said WHO spokesperson Margaret Harris.

As depressing as that sounds, not everything is doom and gloom. Everyday scientists from all corners of the planet are working tirelessly at developing both a treatment for COVID-19 infection as well as a vaccine to cure the disease entirely. There are many drugs and treatments that are in the works, and as more data comes back to researchers, the closer we are to finding that treatment. Here's what Harris also said, "We do have potentially positive data coming out, but we need to see more data to be 100% confident that we can say this treatment over that one." 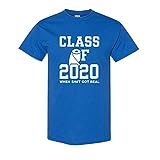