Dell has officially announced the new XPS 15 and XPS 17 notebook computers. It's been a decade since the XPS 17 was offered, and it's being hailed as the most powerful Dell XPS laptop ever made. One of the highlights of the XPS 17 is that it's the smallest 17-inch laptop around featuring a "virtually borderless" four-sided InfinityEdge display that allows the 17-inch notebook to be smaller than 48% of 15-inch machines on the market today. 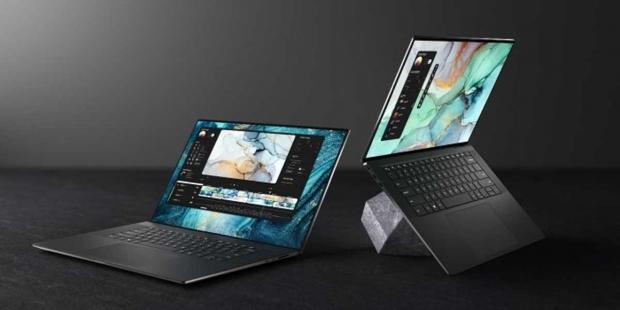 Dell uses the latest 10th generation Intel Core processors inside the XPS 17 along with GPUs up to the NVIDIA GeForce RTX 2060 with Max-Q design. To keep all the high-end hardware cool, the laptop uses a unique thermal design for increased fan airflow for ideal performance. Dell has also announced the redesigned XPS 15 laptop computer.

Dell says that the XPS 15 is the smallest 15.6-inch performance class laptop on the market. It features a larger 16:10 display and up-firing speakers. The machine uses the latest 10th generation Intel Core processors and up to an NVIDIA GeForce GTX 1650 Ti GPU. Both of the machines have some of the same features, including a chassis crafted from two pieces of machined aluminum, making the laptops lightweight and strong.

Both use a new hinge to make room for the InfinityEdge display. Buyers can also option both of the machines with a 4K ultra HD+ screen with 3840 x 2400 resolution. Dell Eyesafe display technologies reduce harmful blue light while maintaining vivid color for comfort with long use sessions. Both laptops have an integrated HD webcam that supports Windows Hello and fingerprint reader built into the power button. The XPS 15 starts at $1299 and is available today. The XPS 17 starts at $1499 and will be available this summer. Specifications for both of these notebooks leaked last week.