The new Unreal Engine 5 footage is a tech demo, but it showcases what the PlayStation 5 can do. And the results are stunning. The footage is amazingly technical and has a cinematic quality, using 8K textures via virtual texturing in the new high-end geometry polygon technology called Nanite. And it's all fully playable with live code on a PS5 devkit.

The demo runs over a billion polygons in every frame that are condensed into 20 million triangles per frame, and the demo clocks in at hundreds of billions of triangles. Epic says Nanite allows for limitless geometry and photorealistic visuals and allows devs to get to the sub-pixel level of quality and adequately portray the original high-end cinematic-quality assets that were scanned, all without any LoD or texture pop-ins.

Unreal Engine 5's new Lumen tech allows for next-gen lighting effects and global illumination, complete with dynamic lighting that reacts and bounces off of surfaces in real-time. The tech also reacts to changes in geometry--light from the surface will bounce through holes created by falling rocks, for example. 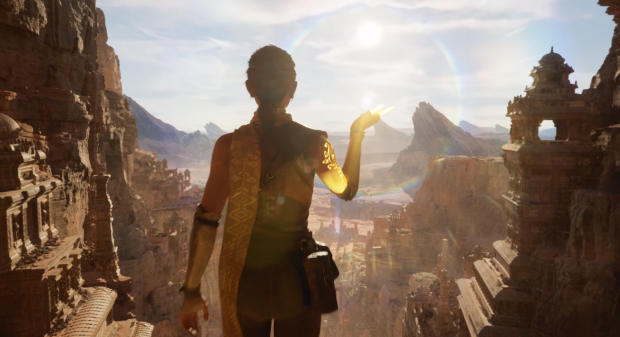 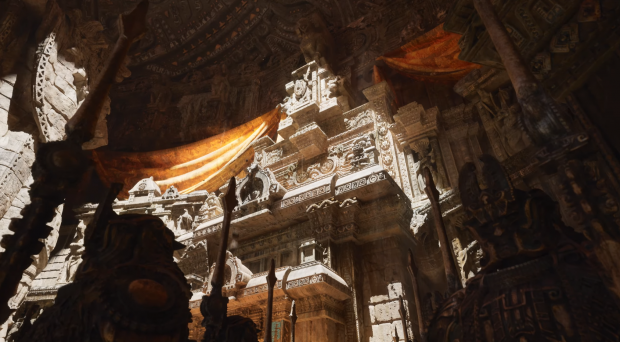 Other effects and new enhancements include:

"Lumen in the Land of Nanite" - a real-time demonstration running live on PlayStation 5 showcasing two new core technologies that will debut in UE5: Nanite virtualized micropolygon geometry, which frees artists to create as much geometric detail as the eye can see, and Lumen, a fully dynamic global illumination solution that immediately reacts to scene and light changes."

The engine will be out in 2021, so don't expect launch PS5 games to utilize this tech.