If Nintendo won't do it, modders will: Mario 64 has been ported to the PC with full native 4K resolution support, ultra-wide monitor support, and ultra-smooth animations.

Remember when 64 bits and polygons were all the rage? Now that classic era has been reborn in high-end PCs, and skilled modders have successfully ported Mario 64 onto PC with Unreal Engine 4. This isn't emulation like the Super Mario Odyssey 64 mod, but a literal native port that uses reverse-engineered decompiled code from the N64 game. The project was built in Unreal Engine 4 with DirectX 12 support, which allows for high resolutions like 3840 x 2160, support for 21:9 aspect ratios, and compatibility with other graphics overhaul mods and shaders.

The results are smooth animations, high-def textures and graphics (even if they're polygonal), and a generally all-around improved experience. If Nintendo officially released Mario 64 on PC, it'd look and play something like this.

The Mario 64 PC port will be a huge template for modders everywhere. It's basically the entry point to crazy off-the-wall creations, complete with native DX12 support. This will make it far easier for creators to make and import assets and content into the pipelines for new unique mods.

Nintendo probably isn't happy about this one bit and we could see some actions taken by the billion-dollar console titan. 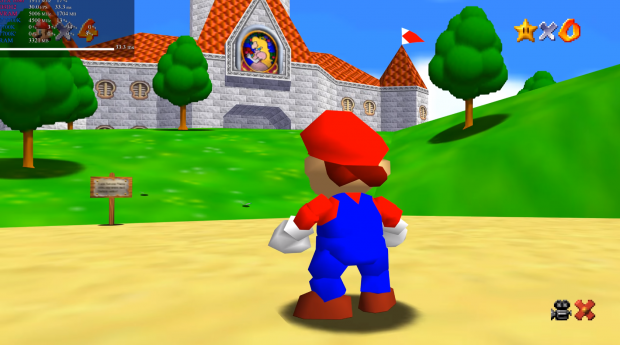