According to The Next Web, some case reports on COVID-19 patients have found a link between neurological symptoms and the virus. These reports describe the COVID-19 patients experiencing what is called Guillain-Barre syndrome, which is a neurological disorder where the immune system responds to an infection but ends up attacking the body's nerve cells that end up causing muscle weakness, and in some cases paralysis.

Other studies on patients found that some patients were even experiencing COVID-19 encephalitis, which is brain inflammation and swelling. According to larger studies from China and France, 36% of patients have some form of neurological symptoms. These symptoms were mild and included things such as headaches or dizziness, which could be a result of the immune response. These neurological symptoms were more prevalent in serve cases of COVID-19, and included disorientation, inattention, and movement disorders. 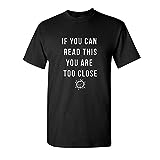