What would Ocarina of Time look like completely remade in a modern games engine? Skilled developer CryZENx and his team delivers an answer with their eye-opening project.

Ocarina of Time has been reborn in Unreal Engine 4 as an enchanting high-FPS experience. There's higher-end PC effects that mesh perfectly with the old-school polygonal style; Link is rendered in perfect detail, grass sways in the wind, real-time weather effects illuminate the world, light catches in the fog, mist rises from crashing waterfalls, etc. But some of the inside environments have that old-school look and feel. The result is a perfect blend of nostalgia and modern gaming that makes you hope Nintendo is paying attention and remaking OoT.

The fan project was made by CryZENx in tandem with a 10-person team of devs, programmers, and 3D artists of incredible talent. The footage above is from the sixth major update to the project, and the remake is still in development and isn't 100% finished...but it looks damn good for something that might have a ways to go. There's even a little nod to Etika at the 49 minute mark.

It's possible Nintendo could roll out an Ocarina of Time remake. Next year The Legend of Zelda celebrates its 25th anniversary, which could make 2021 the Year of Zelda. Let's hope Nintendo has something special planned...and let's hope they don't try to kill this project. 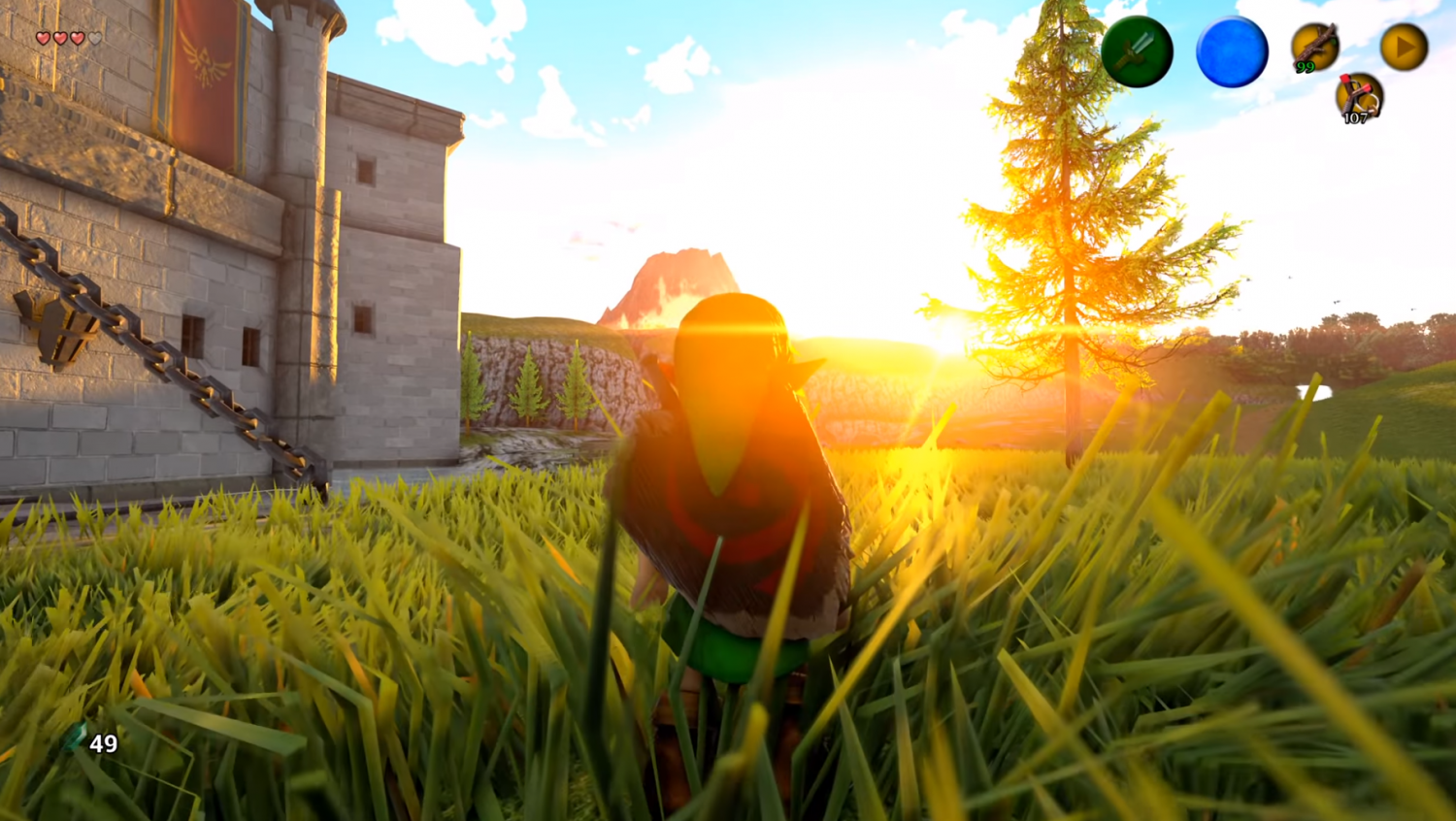 The Legend of Zelda: Ocarina of Time 3D