If you thought the headline was click bait, think again -- the US is allowing Chinese company DJI to have drones flying in 22 states allowing US authorities to enforce social distancing rules over COVID-19 coronavirus.

In a story on MSNBC that talked with officials and authorities in Elizabeth, NJ -- aerial drones are flying above many cities in the United States with some dystopian messages to Americans. DJI has donated a bunch of drones to 43 agencies across 22 states in the US in order to "enforce social distancing".

DJI is a Chinese company that scarily might be "sending data to China (more on that here)" on Americans, as these drones are being used by authorities to fly where police cars can't get to. This includes tight spaces between buildings, the backyards of innocent Americans, schools, and other places. If you are not adhering to social distancing rules, the Chinese drone will shout orders out at you -- and you will receive a summons or a $1000 fine.

MSNBC asked Elizabeth-based Americans what they thought of the Chinese drone flying in the sky -- one reply was "at this point, it's worth a try" while a more skeptical American said: "it's just an invasion of your privacy".

But don't worry -- the Chinese drones "aren't taking pictures or collecting evidence", Elizabeth authorities claim they are a "high-tech warning against a deadly virus".

Brett Velicovich, former Army intelligence worker and author of "Drone Warrior," told Fox News: "Should people be concerned? Yes. Everyone should always be concerned. You can never trust China".

DJI Technology spokesman Adam Lisberg told Fox News: "Some people are trying to score ideological points by discouraging the use of important equipment and tools that save lives and protect American first responders". 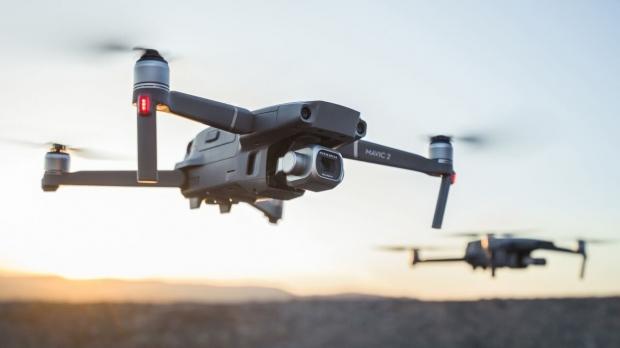 Enemy Of The State