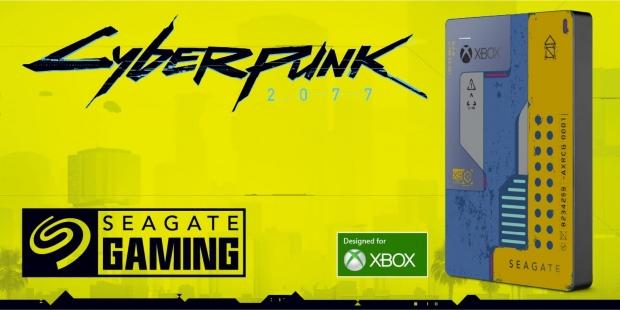 But now, Seagate has joined the Cyberpunk 2077 hardware hype train with the just-revealed Cyberpunk 2077 Game Drive. The new drive is designed as an external storage solution for the Xbox One, and is inside -- identical to Seagate's current Xbox Game Drives, but the new Cyberpunk 2077 infused one is offered in up to 5TB -- oh, and it looks awesome.

Seagate will be offering its new Cyberpunk 2077 Game Drive in two capacities: 2TB and 5TB for $99 and $150, respectively. They will be launching in June in limited qualities, so if you wanted one you're going to have to dive in very quickly.