The United States will be rolling out drones that have the ability of checking people's temperature, and sending out audio messages. 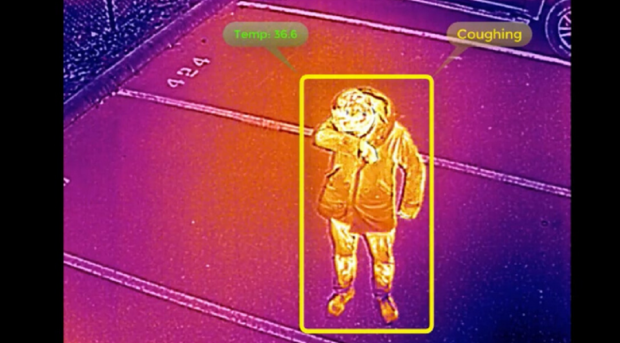 The idea behind these drones is that they will be able to correctly monitor people's health conditions while they are out in public. The drones have the ability to identify people who have higher temperatures, detect sneezing, detect heart rate, respiratory rate, and detect social distancing. According to Chell, CEO of Draganfly, "What these cameras can do is actually detect fever, which is very different than detecting just temperature. They can detect sneezing. They can detect your heart rate, your respiratory rate, and they can also detect social distancing."

So continued, "So imagine, if you will, a situation where there's a crowd, and you want to determine what's the infection rate of the crowd and if they are practicing social distancing. You'll be seeing this very soon. Where it's most critically needed is where we're going. As it stands today, it's not designed to identify people with the system. It's designed to basically provide health monitoring data and be able to give us better data but make more clear decisions. "

Many privacy activists are concerned with constant surveillance, Daniel Schwarz of the New York Civil Liberties Union said, "constant aerial surveillance" might "fundamentally change". Schwarz summed up that even though technology can play a vital role in supporting health efforts, it should always serve a clear public health purpose and not have another alternative motive.

Schwarz full quote: "There can be a place for advanced technology to support health efforts during a crisis like this one, but it should always serve a clear public health purpose. Indefinite and unwarranted mass crowd policing does not fit that purpose. Surveillance tools used during the pandemic should be scientifically justified, communicated transparently to the public, limited in their scope and duration, and should always require informed consent."

"Constant aerial surveillance combined with biased analytics would fundamentally change what it feels like to venture out in public in this country, violate our constitutional rights to freedom of association and privacy, and open the door to expanded broken windows policing of communities uniquely vulnerable to CoViD-19".