The Food and Drug Administration (FDA) has given emergency use authorization for a new coronavirus test that could increase the screening process by 10,000 people. The new way of testing consists of patients spitting into a cup, and has been developed by Rutgers University in New Jersey. This new way of testing people for COVID-19 doesn't rely on nose and throat swabs as most other tests do, and according to Dr. Tom Moore, a Wichita, Kansas, physician who spoke to CNBC, "The release of any reliable test, expanded capacity of tests or introduction of new tests ... will go a really long way toward curbing the pandemic".

Secondly, this way of testing will significantly reduce the reliance on personal protective equipment for sample collectors. Lastly, Brooks says that this new way of testing will also allow for more biological material to be collected, which will, in turn, increase the overall accuracy rates of the tests.

Results from saliva tests are "returning results in from 24 to 48 hours". 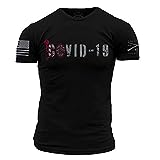