Since the coronavirus outbreak, it's hard to find some positive news, but today we have something great to talk about, and it's from NASA as well. 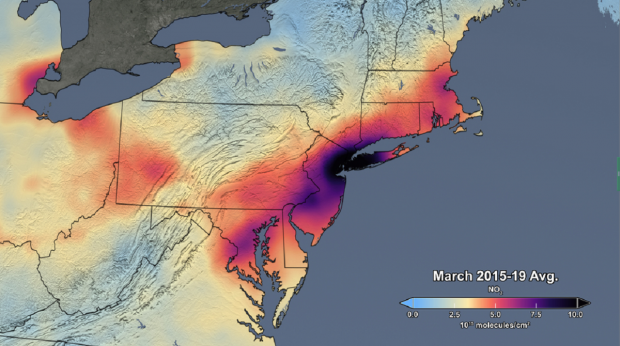 NASA has released some awesome satellite images that showcase a significant reduction in air pollution since the coronavirus outbreak. The satellite images concentrate on the Northeast United States and compare 2020 to previous years of air pollution. NASA explains on its website that this massive drop in air pollution nitrogen dioxide, which is primarily emitted from burning fossils fuels for general transportation and electricity generation.

The above image shows the average concentration of air pollution between March 2015-19. We can see that there is quite a lot of pollution centered around New York. In the entirety of this article, you will find the March 2020 satellite image, which shows the "lowest monthly atmospheric nitrogen dioxide levels of any March during the OMI data record, which spans 2005 to the present", NASA states. 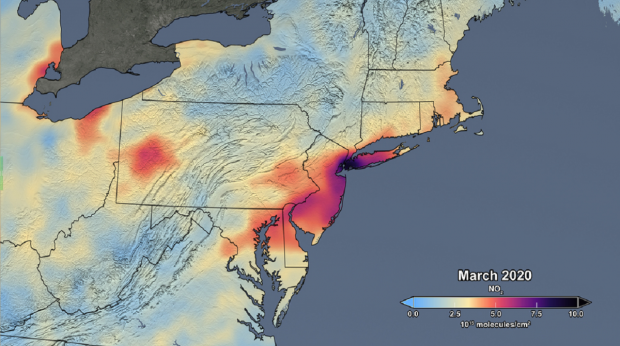 NASA also states that the data indicates that nitrogen dioxide levels throughout March 2020 are about 30% lower on average from Washington, DC to Boston. This statistic is in comparison to the March average of 2015-2019. If you are interested in reading more on this subject, check out NASA's post here.

If you are interested to see how much air pollution dropped in China due to the coronavirus, check out this link here.

Choked: Life and Breath in the Age of Air Pollution