The Folding@Home project has now reached a new power level, as both the public and companies have given their spare compute power to the project in an attempt to combat the coronavirus COVID-19. 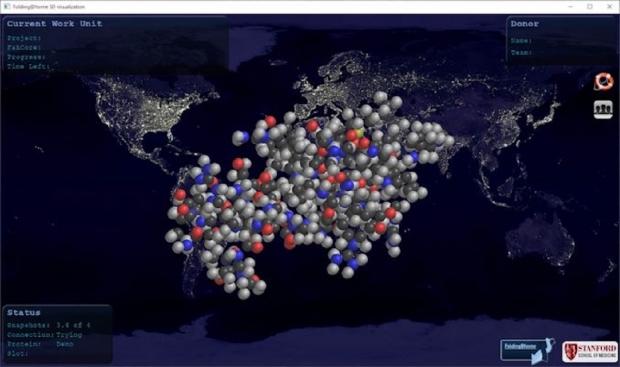 If you don't know what Folding@Home is, it's a project run by Stanford University that allows the public to donate spare GPU/CPU compute power into a single force to be reckoned with. Just last week, Folding@Home received donated compute power from more than 400,000 volunteers, bringing its power level to an astonishing 470 petaFLOPS of computing performance.

For more information, check out the Twitter page for Folding@Home, or the Folding@Home website here. If you are interested in lending some compute performance for the good cause, a download link to the Folding@Home client can be found here.