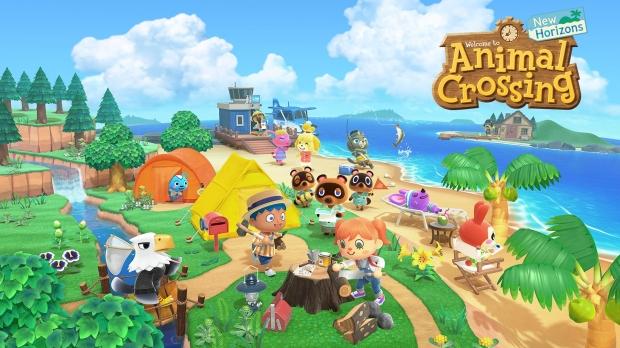 Nintendo's new enamoring Animal Crossing Switch game has come swinging out of the gate. Tom Nook's island adventure has conquered the UK physical game sales charts with megaton numbers that dwarf all previous games in the franchise. According to the Gfk Top Ten charts, Animal Crossing: New Horizons is the best-selling physical game in the UK for the week ending March 21. In just one day of availability, Animal Crossing stole the lead.

We don't have exact sales figures for color or contrast, but Gfk says New Horizons outsold New Leaf by more than 300%. It's the best- and fastest-selling Animal Crossing game in the UK to date. Bear in mind this only includes physical sales and it's only for the UK region. Total combined sales could be far higher as the entire world battens down the hatches amid COVID-19 and needs something bright and sunny to distract it. 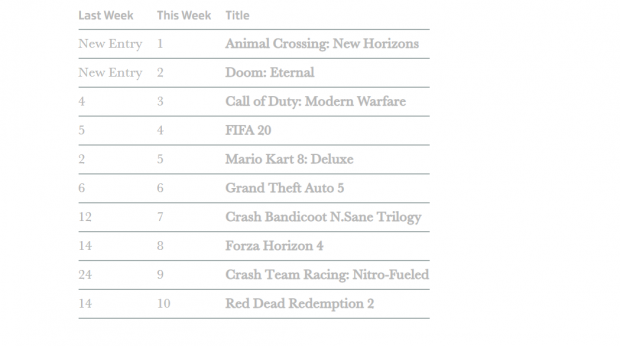 Nintendo will likely roll out a press release with celebratory figures here soon, so keep an eye out for that.

But for now it's safe to say that Animal Crossing is a whole new best in terms of sales, and it's the perfect game for an otherwise imperfect time.