Now that most sport is canceled, or at least can't have fans at the place of which the sport is conducted, sport's operators are looking for different ways to keep fans engaged.

FOX Sports, and NASCAR, and iRacing have announced a new way to keep the racing going with the first-ever eNASCAR iRacing Pro Invitational Series that is scheduled to be held on Sunday, March 22, at 1:30 p.m. ET on FS1 and the FOX Sports app. This new series will replace traditional racing with "simulation-style" eSports competitions that will involve top competitors such as Dale Earnhardt Jr., Bobby Labonte, Kyle Busch, Denny Hamlin, and more.

Before you raise your concerns about whether or not this will just be another opportunity for the coronavirus to continue to spread, FOX has said that they are "following CDC guidelines" to make sure the race is safe. The races will go for 90 minutes each, and will be commentated by Jeff Gordon. It will be interesting to see whether or not this decision to hold virtual NASCAR races will continue after the coronavirus has been contained and things go back to normal. I'd imagine the idea would be quite popular, or perhaps not? Who knows. 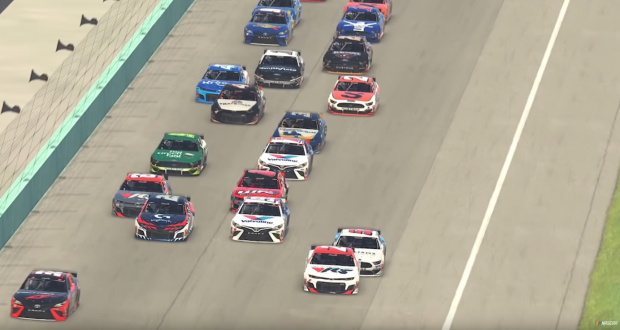