The self-quarantine that has been recommended almost globally due to the coronavirus outbreak has caused a massive increase in home entertainment. One of the biggest forms of entertainment that are getting a massive rise in popularity since the coronavirus lockdown is streaming services. An international streaming guide called JustWatch assists over 15 million people in what to watch on Netflix, Amazon Prime iTunes, and more. Since the lockdown recommendation, JustWatch has compiled some numbers to show just how many countries around the world have increased their viewership in streaming online video.

According to the JustWatch statistics, Spain has seen an increase of about 108% in streaming, followed by France at 82%, Italy with 71%, the United States with 37%, Mexico with 32%, the United Kingdom with 26% and lastly, Germany with a 19% increase. Streaming isn't the only industry that is seeing a massive increase in viewership, but so is gaming as Steam recently reported that they hit a new all-time high for concurrent gamers on its platform, more on that story here. 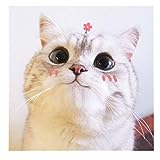