The Xbox Series X has baked-in boost mode functionality that will upgrade select current-gen games to run at native 4K. 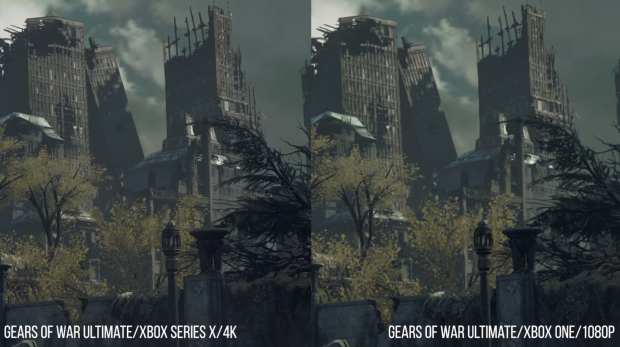 Microsoft's next-gen Xbox is fully backward compatible with every Xbox One game, but it'll actually play all of these games better. Xbox Series X has two ways to boost in-game performance of older games: Native upgrades that're performed on a system level, and enhancement patches issued out by developers. What's incredible is that some first-party games will actually mix the benefits of both.

Microsoft today confirmed that select current-gen Xbox One games will be automatically boosted to native 4K resolution on UHD displays. The system's 3.8GHz Zen 2 CPU and Navi GPU-outfitted hardware handles all the work, and there's no optimizations from the developer. Devs don't have to touch their games at all and there's no downloads. The games are simply automatically upgraded by the system itself, and is part of the console's new robust software stack and expanded backward compatibility support.

Here's how Microsoft explains the feature: "Native Resolution is an Xbox Series X backwards compatibility enhancement for select Xbox One games that allows them to render at native 4K even if they weren't originally designed for 4K."

The Xbox back compat team was able to get Gears of War: Ultimate, a game from 2015, to run at native 4K on the Xbox Series X.

Xbox's backward compatibility team sees the Xbox Series X as a veritable playground, and rightly so. The system's massively synergized hardware is designed specifically to work together and enable expansive performance, whether it be dramatically boosting older games

"The team came and told us about Xbox Series X. They said 'What can you do with even more power?' So, the challenge was set. They gave us the Xbox One X and it was like we got this big playground to play with," said Peggy Lo, Principal Program Management Lead, Backward Compatibility.

"Then we got the Xbox Series X and it was like we had a whole amusement park to play in."

On the enhancement patches front, which requires devs to issue out downloads with improved assets that enhance backward compatible games, devs can tap the console's full hardware to hit insane load times, 100FPS+, and use new features like ray tracing. Digital Foundry claims that all Xbox One X enhanced games have full access to the Xbox Series X's 8-core, 16-thread Zen 2 CPU and 12.15TFLOP Navi GPU.

After two weeks, The Coalition got Gears 5 running at over 100FPS at PC ultra preset settings, with perf equivalent to an NVIDIA GeForce RTX 2080. There was also ray tracing effects, boosted volumetric lighting and fog, and cinematics now run at 60FPS.

"The team showcased a technical demo of Gears 5, powered by Unreal Engine, for Xbox Series X using the full PC Ultra Spec settings, which included higher resolution textures and higher resolution volumetric fog, as well as a 50% higher particle count than the PC Ultra Specs allowed. They also showed off the opening cutscene, which now runs at 60 FPS in 4K (it was 30 FPS on Xbox One X), meaning the transition from real-time cutscenes to gameplay is incredibly smooth," Microsoft said in an Xbox Wire post.

This kind of performance is made possible to the new unified and cyclic Xbox Series X's hardware. All of the system's parts, the 7nm SoC, the customized 16GB GDDR6 memory pool, and the new PCIe 4.0 SSD with its compression-based DirectStorage API and Velocity Architecture were built from the ground up for two purposes: Synergy and power.

The SSD feeds assets to the RAM faster than ever before thanks to the DirectStorage compression system and PCIe 4.0 interface, which feeds it right to the super-charged CPU that's made specifically to feed the 12.15TFLOP Navi 2x GPU, which then outputs it to your screen. Now even current-gen (and maybe even older-game) Xbox games can tap that kind of synergistic power.

This is just the beginning, too. Expect all of Microsoft's first-party games to look and play incredibly well on the new hardware. Expect ray tracing, 120FPS, maybe even 8K resolution. Microsoft is careful to say that only select games will get natively boosted to native 4K resolution, but the ones that aren't could get enhancement patches that make it possible anyway. 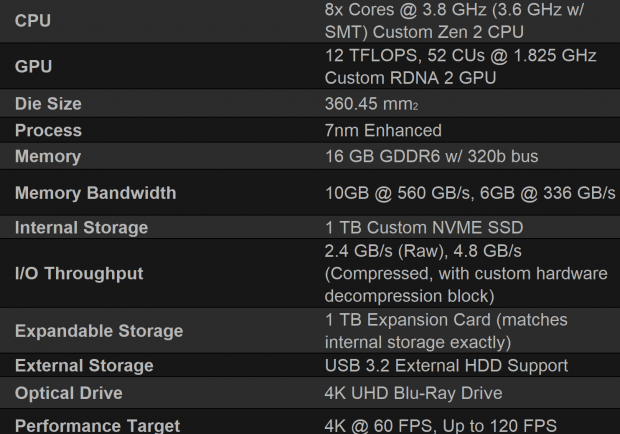