Call of Duty: Warzone has been out for 48 hours now, and players have already figured out a way to win games from within the deadly gas.

Originally found on the Call of Duty Warzone Reddit, players in the above video seem to be on the last round of their game. What is interesting is that instead of going for the other team in a guns-blazing fight, they decided to stick to staying in the gas, and while you might think that's a stupid idea, you will be surprised at what happens. Communicating with each other, one teammate gets dropped by the gasses damage, then his teammate picks up him.

Both teammates go back and forth rinse and repeating this same cycle of reviving each other in an infinite loop. The enemy team eventually cannot find the team that is reviving each other and seems to have been caught in the gas but didn't get the revive. This causes the team that was simply just back-and-forth reviving each other to win the entire game. It should be noted, MightyKonsti the user who posted the video to the subreddit, did mention that both he and his teammate had the TuneUp perk equipped, which speeds up revives by 25%.

MightyKonsti also said that the exploit was still possible without TuneUp equipped, but the window for opportunity is much smaller. I wouldn't be surprised if this exploit gets hotfixed within the next coming days, as the game is clearly not intended to be played this way. 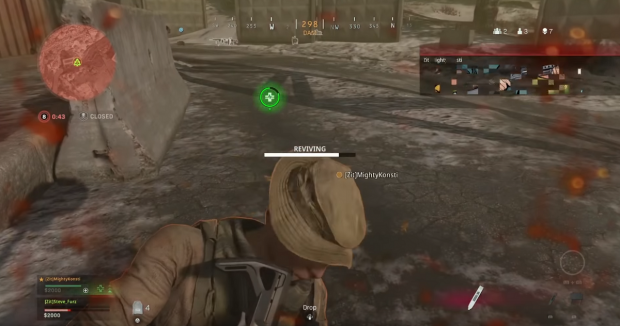