Call of Duty's new free-to-play Warzone battle royale will let you respawn early if you die, but you'll have to earn it. 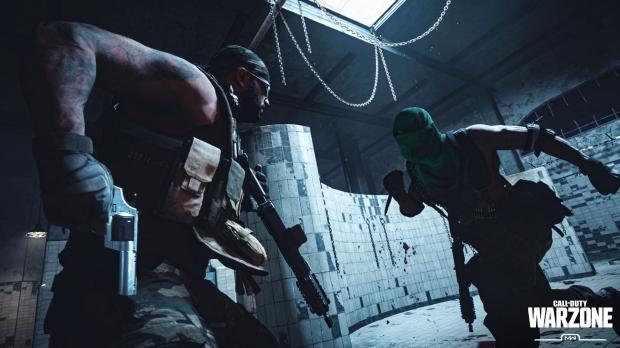 Today Activision confirmed Warzone, the new F2P 150-player Call of Duty battle royale, is real. The most interesting feature is the new Prisoner of Warzone mechanic, which gives you a chance to respawn early, but only if you win a 1v1 deathmatch against another player.

When you die in Warzone, you're thrown into the Gulag prison. This the purgatory where you go after you die, kind of like a time-out zone where you're temporarily out of the game. You basically wait around until one of two options for revival presents itself: Your teammates revive you, or you can fight your way out by killing another play in a 1v1 duel to the death.

This way you can keep playing and have some fun even when you're dead, and it sounds like Infinity Ward has spiced up resurrection to ensure gamers are always entertained no matter what. The entire time you're watching other players duke it out in a kind of mini esports tournament that unfolds right before your eyes.

"Upon your first elimination, you will be taken as a "Prisoner of Warzone" and thrown into the Gulag. There you will await your fate and watch other prisoners fight to the death. When your turn is up, you'll enter the Gulag and face-off against a single opponent in a 1v1 to earn the ultimate reward - redeployment. Win in the Gulag and earn redeployment back into Verdansk. Lose and hope that your squad completes Contracts and earns enough in-match Cash to redploy you," reads the Call of Duty blog.

Everything you need to know about Call of Duty's new Warzone battle royale: