NASA's Curiosity has been putting in some work for researchers for quite some time, and now the rover has just made another record - this time in the photography field. 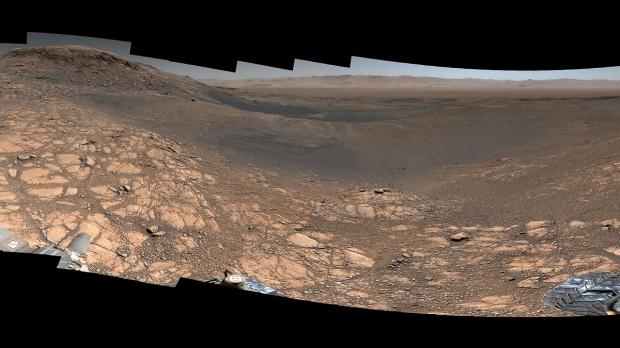 The above image was taken using Curiosity's Mast Camera, or MastCam for short and is comprised of over 1,000 images. The images were snapped back during Thanksgiving 2019, and throughout the following months, they were carefully pieced together to form what we are looking at now. The images resolution is an astounding 1.8 billion pixels, and the place on Mars that we are looking at is called Glen Torridon. Glen Torridon is a region on the side of Mount Sharp.

So how long did this image take to capture? Curiosity spent 6.5 hours over the course of four separate days moving around to take individual shots of the landscape. According to Ashwin Vasavada, Curiosity's project scientist at NASA's Jet Propulsion Laboratory, "While many on our team were at home enjoying turkey, Curiosity produced this feast for the eyes. This is the first time during the mission we've dedicated our operations to a stereo 360-degree panorama."