If you are a Rick and Morty fan, then you would no doubt know about how much Rick loves the discontinued Szechuan sauce from McDonald's. 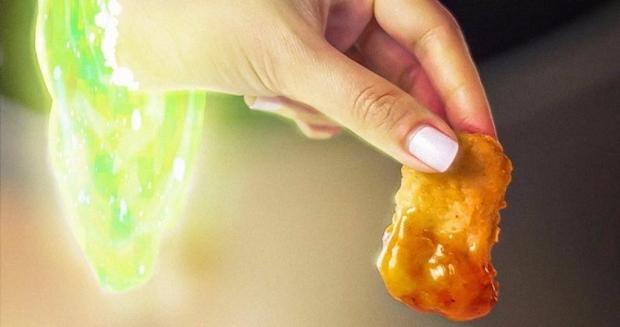 Fast-forwarding to 2017, Adult Swim debuts an episode of Rick and Morty where Rick visits the memory of the Szechuan sauce to get a taste of it once again. After this episode aired, many Rick and Morty fans went on a riot asking McDonald's to remake the sauce again so they could try it. After some time, McDonald's was convinced and remade a limited amount of Szechuan sauce, and they sold out almost immediately.

Now, McDonald's New Zealand posted an image on Facebook saying that they will be bringing back the Szechuan sauce "soon". The post - which has now been removed for some reason - features a hand going through one of Rick's portals, and in the hand a nugget coated in what only can be assumed as the famous Szechuan sauce. This could perhaps be a mini teaser for the return of the second half of season 4 of Rick and Morty, which still hasn't been announced.

It's also unclear whether or not the Szechuan sauce will be returning to McDonald's around the globe or just in New Zealand.