Back in 2017, Apple admitted that it slowed down older generation iPhones on purpose, now the company is set to pay out a massive $500 million. According to a new report by Reuters, Apple is set to pay out $500 million to settle a massive lawsuit regarding how the company decided to intentionally slow down the performance of older generation iPhones. The lawsuit covers US iPhone 6, 6 Plus, 6s, 6s Plus, 7, 7 Plus, and SE models that were running iOS 10.2.1 or later. The suit also covers iPhone 7 and 7 Plus if those phones were running iOS 11.2 or later before December 12st, 2017.

Consumers can take part in the lawsuit and even get some money back from doing so. It's estimated that consumers could get $25 per phone, and in total, it's estimated that Apple will have to pay back $310 million to consumers. Reuters also mentioned that lawyers are seeking $93 million in legal fees with an additional $1.5 million in expenses. Lawyers also said that settlement for consumers is "fair, reasonable, and adequate" and that payment of $25 per phone is "considerable by any degree". 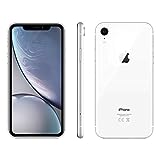