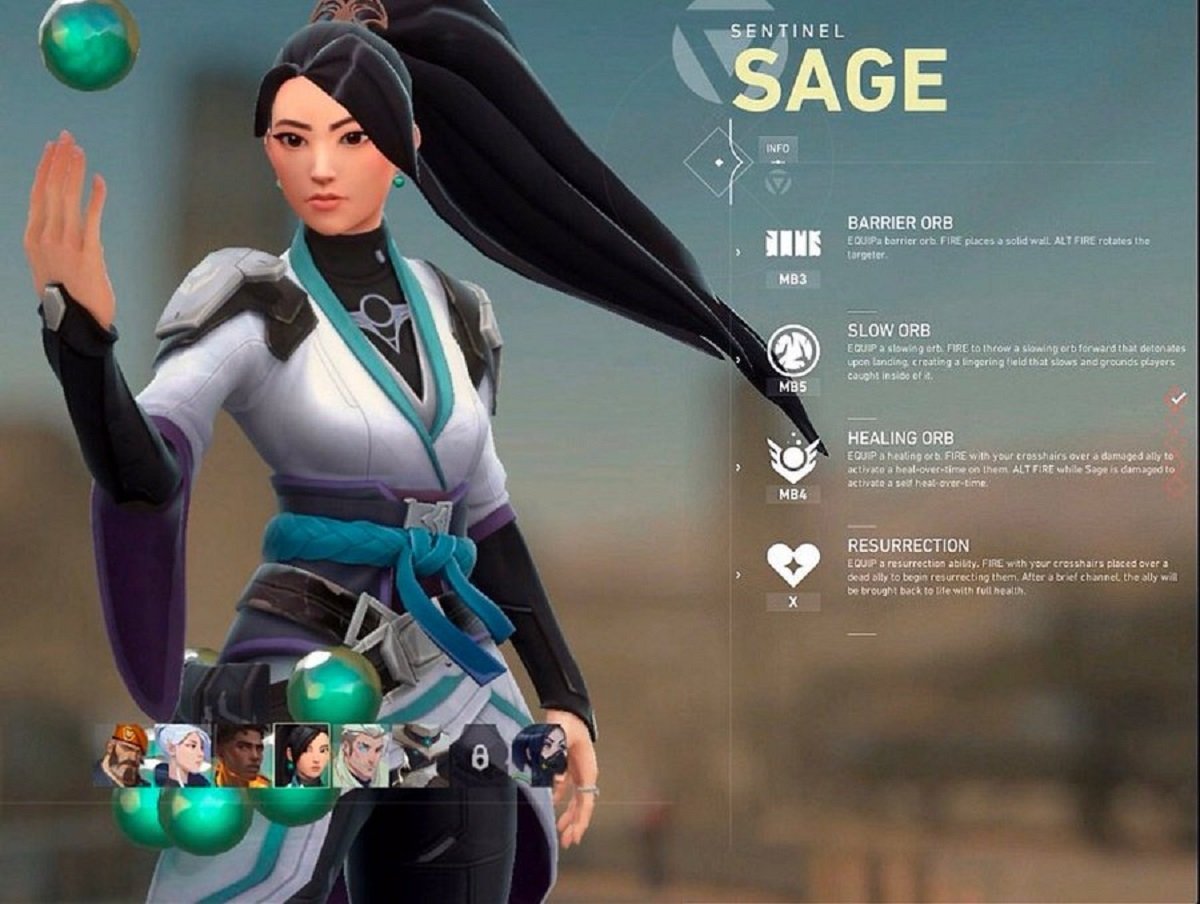 Fans and Twitter sleuths have uncovered the name of Riot's new competitive shooter, Valorant, along with key details on the game's new Sage character. A few days ago, users uncovered the PlayValorant.com domain was registered by Riot Games. Now a screenshot from an early pre-release build of Project A has leaked out to give eager fans an idea of what to expect with the game's pretty robust hero abilities.

The screenshot--which was likely leaked from a recent Valorant demo shown to influencers earlier this month--reveals Sage, the game's essential Mercy class.

Sage's character, resurrection, and barrier orb ability have been confirmed for some time, and were originally revealed in the first Project A teaser that Riot released in October 2019.

Sage belongs to the Sentinel class and has four major abilities including a heal-over-time power as well as resurrection. There's also a nifty wall barrier that can protect allies and a slowing orb trap that drastically disrupts enemy movement speeds.

So far seven Valorant heroes have been spotted, but we only know the names of three of them: Brimstone, Sage, and Viper.