Before revealing gameplay footage for Halo: Infinite, 343i and Microsoft have announced NERF guns and plans to help bolster the franchise's ailing esports league.

343 Industries has big plans for Halo: Infinite's esports presence, a presence that's currently lacking a smidgen of the billion-dollar might of the Call of Duty League. The devs are teaming up with pro gaming company esports Engine to manage Halo: Infinite's competitive scene. This is an odd move on the surface, especially since the studio has yet to actually reveal any gameplay footage. The only two Halo: Infinite trailers we've been shown are a game engine demonstration at E3 2018, and a video of in-engine footage at E3 2019, not actual gameplay.

This pretty much underlines Microsoft's main goal for gaming: Engagement. The company is all-in on live services, online multiplayer, and engagement strategies that sell digital games, subscriptions, and of course microtransactions (and yes, Halo: Infinite will be monetized). Microsoft wants esports to be a part of this engagement strategy. Esports is a potent mechanism for exposure, events, and streaming viewership, all of which will tie into Microsoft's Mixer platform and make money via ad revenue and the tip system.

Also remember Halo: Infinite is being developed from the ground-up with esports in mind. There's a reason for this: 343i wants to set Infinite up for esports engagement while tapping into the PVP chaos the series is known for.

It's being tailor-made for the competitive scene, which is rightly so given Halo's PVP-oriented longevity. It's the multiplayer carnage that gives Halo it's long legs, not the campaigns, which are finite (although there's evidence Halo: Infinite's campaign could be a live version that continually evolves over time).

Like with Halo 5, 343i is using feedback from pro esports players to shape and mold Halo: Infinite.

"As we look further ahead, we know there's a lot of anticipation surrounding Halo Infinite. We're not ready to pull the curtain back just yet, but the Halo esports team has been working closely with the development team to represent the wants and needs of the ever-evolving esports community in terms of gameplay, features, viewership, and more," the studio said in 2018.

Still, though, I think Microsoft and 343 Industries should really show off gameplay before they announce esports info. It's just too early for that kind of thing especially if we haven't actually seen the game in action. 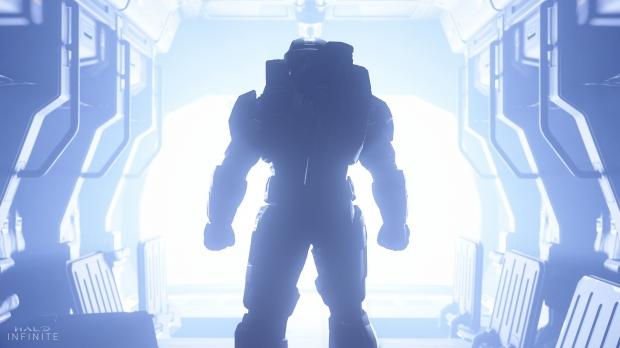