Cross-save opens up a new dimension of play for the Switch, and could help catalyze game sales while increasing play time on the handheld console. 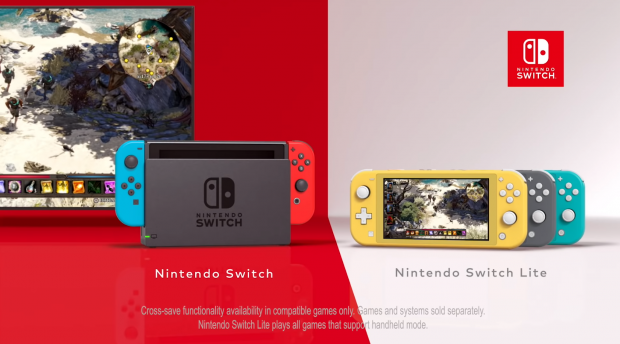 According to NPD Group data, the Nintendo Switch is an additive system. Most Switch owners also have a PS4, Xbox One, or PC for gaming, making Nintendo's portable handheld a complementary device that lives alongside other hardware. Users simply switch (pun intended) to the handheld for on-the-go play and then jump back to other systems on a lark. Now thanks to cross-save support and cloud syncing, gamers don't have to restart their sessions every time they Switch over. Wherever they go with the Switch, their saves follow too.

Along with cross-play, the industry's most transformative feature for online play, cross-saves break down the platform barriers and alleviate one of the main frustrations with third-party re-releases on the Switch. Today's announcement of Witcher 3's PC-to-Switch cross-save support really drove this point home; before now, anyone who bought the Switcher would have to start over from scratch regardless if they had a 200-hour save on PC. After today's update, gamers can import their Witcher 3 files from GOG or Steam and seamlessly continue their progress.

In one fell swoop CD Projekt RED opened the doorway to accessible cross-platform progression, which represents a big new frontier for third-party ports.

At this point, the Switch is pretty much a third-party re-release machine. Publishers absolutely love using the Switch as a way to re-launch older catalog games and squeeze out more sales on the innovative platform. Curious Switch owners are either re-buying games they already own to play them again on-the-go, or buying them for the first time.

Cross-save is obviously more valuable to double-dippers, or more seasoned gamers who may be more likely to not only buy more games, but play them longer. It's this demographic that could be strongly catalyzed by cross-save support.

Since the Switch is an additive system, the probability that gamers have already played a lot of the third-party Switch re-releases is high. Not being able to carry your Switch sales over could be a big roadblock to adoption of specific games, especially huge sprawling RPGs that span hundreds of hours. Gamers might be less likely to buy a game if they've already beaten or played it on another system because they know how long the experience is (that's not always true, though, because The Witcher 3 has sold tremendously well on Switch).

Right now there's only a handful of games that support cross-save and cross-progression on Switch. The big ones include Divinity: Original Sin 2 and The Witcher 3, both of which are massive RPGs that can you sink hundreds of hours into. Online titles like Hi-Rez's games (Smite, Paladins, Realm Royale) support it, as well as billion-dollar BR sensation Fortnite.

If publishers want to maximize sales potential for their third-party games on the Switch, they should enable cross-save support and cloud syncing with other platforms. Cross-save is openness and access, and allows a new level of seamless play between platforms. It's a means to keep gamers more engrossed in an experience because they can simply swap over between console, PC, or handheld at any time, bringing all of their progress with them.

The reverse is true, too: Switch cross-saves could spark game sales on other platforms.

If someone buys The Witcher 3 on Switch, but doesn't own it on PC, they could buy it again to play it on a more dedicated and expansive platform with boosted visuals and effects. It's the gaming equivalent of watching a movie on your phone versus watching it in the theater.

They'll be more likely to buy again because they don't have to restart their gameplay from scratch, and because the other version offers something different. The same is true for Switch ports with their portability.

Whether or not more publishers embrace cross-save on Switch all depends on technical complexity, but it's another mechanism that can spark, incentivize, and streamline game sales across Nintendo's lucrative 52 million-strong install base.