Duke Nukem 3D was one of my favorite games of all time, where I pumped hundreds of hours into the game but then 3D Realms rode the success of Duke into the ground... forever, pun intended.

But now news has flooded onto the internet that Slipgate Ironworks and 3D Realms were making a Left 4 Dead-inspired Aliens game, something that was called Aliens: Hadley's Hope. Hadley, named after the human colony that the Aliens movies was set in -- which by the way, was the best Aliens movie.

Aliens: Hadley's Hope would've been a "storyworld-driven PvE multiplayer adventure [first-person] shooter [that's] dripping with atmosphere, lore, and suspense". It was built as a 4-person cooperative shooter that would've seen gamers fighting through hordes of "alien protectors" before a bigger battle with the Alien queen herself, inside of her nest.

3D Realms reportedly had "plans to add new content for years", where each queen and the battle gamers would be thrown into would be similar to the individual campaigns from Left 4 Dead. They were described as "unique settings of levels, each with its own style and challenges".

But, it all came to an end when 21st Century Fox was acquired by Disney in 2018. It would've been cool to see what 3D Realms could've cooked up in the Aliens universe, but I'm sure we could've also had an Aliens: Colonial Marines situation on our hands and would've needed to have nuked it from orbit instead. 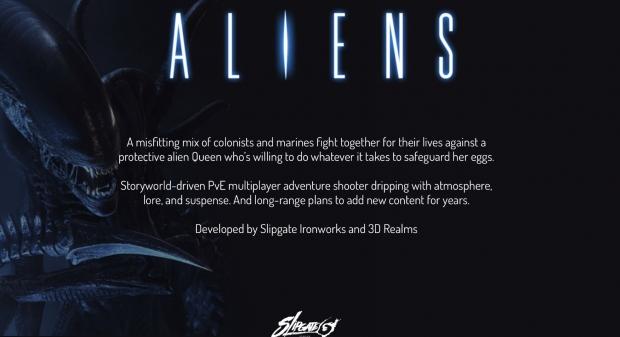